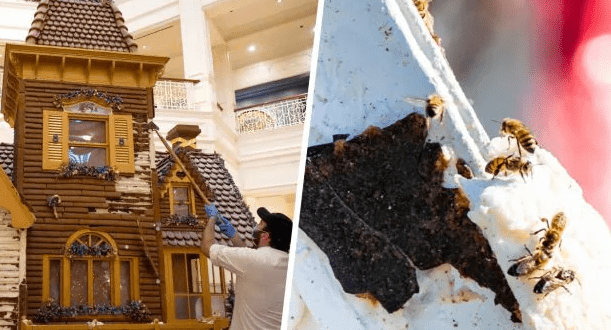 Ever wonder what happens to Walt Disney World’s life-sized gingerbread displays after the holidays? With thousands of pounds of flour, sugar, butter, and more going into creating these full-sized, entirely edible creations, we have always been curious as to what happens with them when the New Year arrives and the holidays are over. Thankfully, the Disney Parks Blog just stepped in with some answers, so we are excited to share the scoop!

The tradition of how the displays are reused after the holiday season began 10 years ago when Cast Members noticed how much bees were attracted to the sugar in the gingerbread. The Disney Parks Blog spoke with Barry Stockwell, Planned Work Specialist with Event Decorating Support who shared, “We decided to bring the display pieces to our Disney tree farm and lay them out in our field to give the bees a chance to collect the sugar on the wooden structures.”

Disney’s commitment to conservation initiatives both locally and around the world has worked with bees before, but never in this unique use of recycling items Guests have seen around Walt Disney World Resort hotels and theme parks. 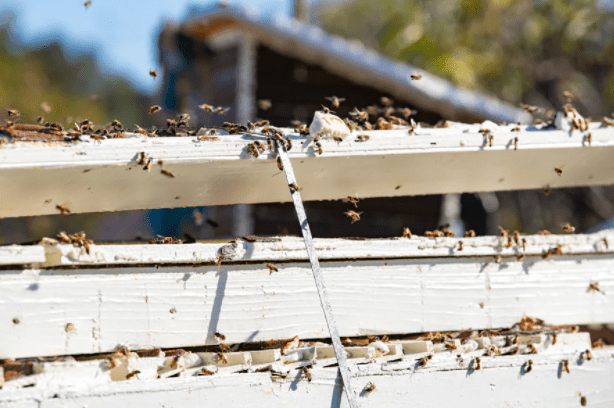 As Disney conservationists have noticed, bee populations around the globe have been declining in recent years, but the work of bees is vital to numerous areas of the environment and many habitats that house other animals and plant life. Right at Walt Disney World, the company has even made greater efforts to add pollinator-friendly gardens to boost bee populations around the area.

For 10 years, Disney has offered sugary treats to bees after the holiday displays come down, and as a result, thousands of area bees find their way to the displays to help keep themselves fed through the winter months.

Disney Parks shared a look at the full process on their TikTok:

To achieve this, Disney Chefs take the gingerbread off of the wooden bases of the displays and send it to composting. Then, the base structure is covered in royal icing loaded with sugar that is then broken down and moved to the Walt Disney World Resort tree farm for the bees to find. When the bees are finished with the icing, the pieces are power washed and stored until they are needed for the next holiday season!

The process attracts bees from all around the Central Florida area, so if you see some well-fed bees pollinating gardens in the area, they may very well have snacked on the remnants of Disney’s holiday displays!