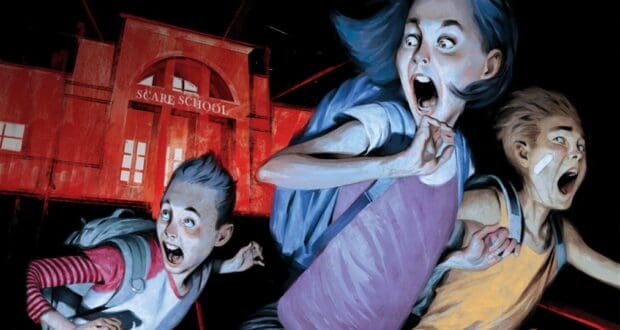 Disney previously announced that a new 8-episode Horror Series will be arriving on Disney+ based on R.L. Stine’s “Just Beyond” novel series. This popular muddle-grade horror book is a popular series, particularly for middle-school ages. Well, now a Director has been announced for the series!

As reported by WhatsOnDisneyPlus: “Director Marc Webb has joined the Disney+ series, and production is taking place in Atlanta, Georgia. Marc Webb has previously directed several big blockbuster films, including Marvel’s “Amazing Spider-Man” and “Amazing Spider-Man 2” plus “500 Days of Summer”.  He has also been a director and executive producer on many series, including “The Code”, “The Society”, and “Why Women Kill”.”

The graphic novel’s official description says: Middle school feels like the worst place imaginable, but for Jess, Josh, and Marco, their school may actually be the worst place in this world…or any other! After a chance encounter with a deadly creature stalking the school halls, these three unsuspecting students are whisked away to a horrifying realm beyond the school boiler room where they must unravel a terrifying mystery. Can they save the kids they find there and escape themselves, or will they be forever trapped “Just Beyond”?