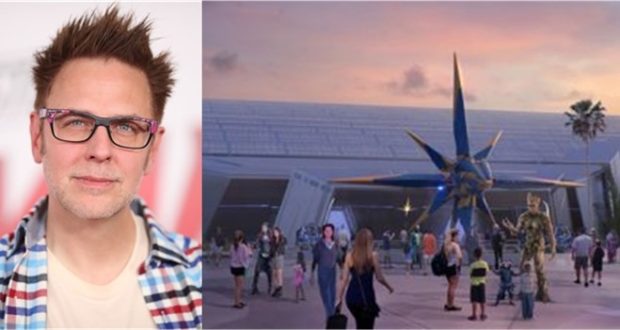 One of the most exciting things about EPCOT transformation is the new attraction called Guardians of the Galaxy: Cosmic Rewind coming to the park. As the first roller coaster at EPCOT, it’s sure to be a popular one! Director of the Guardians of the Galaxy films, James Gunn, had a question/answer moment on Instagram stories and has added to the excitement of this highly anticipated coaster.

When someone asked, “What will Guardians of the Galaxy: Cosmic Rewind look like at Disney World?” Gunn shared on his Instagram story, “Utterly mind-blowing. I mean it. You guys are going to freak out. It’s incredible.” Oh, and we also got a cute pic of his pup.

Another question to Gunn was, “Did u work on mission breakout at all? If so, how much were u involved? Do u like the ride?” Gunn’s response: “Yes. I consulted on it and directed the actors. Currently working on the ride opening in Orlando.”

Finally, nothing to do with the new attraction, but we liked Gunn’s response to the statement, “Support from italy and return to Troma, Disney doesn’t deserve you.” Gunn’s response: “I love Troma but Disney gives me more creative freedom and more money so I’m not sure why I’d go back!!!”

A few things Disney has released about Guardians of the Galaxy: Cosmic Rewind at EPCOT is that it will be a family-friendly, all indoor coaster that will tell a story. It will have a complete new ride system where ride vehicles that will rotate 360 degrees and can do a reverse launch! Here’s a brief ride vehicle video shared by Disney:

Cosmic Rewind is scheduled to open in time for Walt Disney World’s 50th Anniversary in 2021. We can’t wait!