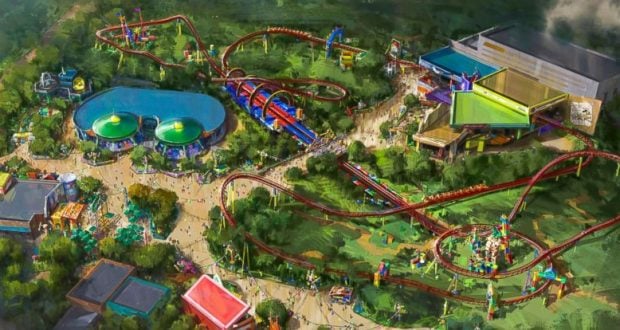 On April 2, 2016, a large portion of Disney’s Hollywood Studios closed, making guests start to wonder more about the future of the park. It was announced several months ago that two new lands are on their way, one based on Star Wars and the other on Toy Story.

Today ABC New announced the opening of Toy Story Land, one of the most anticipated family attractions in 2018. It was announced live on “Good Morning America” that June 30 is the big day. To celebrate the announcement, Disney brought a piece of the new land right to New York City’s Times Square. Slinky Dog Dash is one of many attractions in the new 11-acre Toy Story Land where guests will shrink to the size of a toy and be surrounded by giant versions of childhood toys.
(MORE BELOW)

Guests will enter Andy’s backyard and “shrink down” to the size of the toys from the franchise. There, they will meet characters from the movies, including Buzz and Woody. There will also be two new rides in the land. The first of the new rides will be a family friendly roller coaster called Slinky Dog Dash. The story is that Andy built the coaster in his backyard, using his Mega Coaster Play Kit, and since Andy has a great imagination he came up with a thrilling ride. He combined the kit with some of his other toys, including Slinky Dog, who doubles as the ride vehicle. There will be dips, turns, and drops, but since it is being called a “family” coaster most likely it will not be too intense.

The second new ride will be Alien Swirling Saucers. Fans of the first Toy Story movie will remember the green aliens from the game at Pizza Planet, and they are the basis for this ride. The concept is that Andy got an Alien Swirling Saucers game from Pizza Planet, and you will now be a part of that game. Your ride vehicle will be a toy rocket, and aliens will fly around you, trying not to get captured by “The Claw”. They will try to have you captured by “The Claw” instead. You will swirl around planets and satellites. There will be special effects, lighting, and “Space Jazz” music developed specifically for the ride.
“This swirling saucer attraction is coming to Toy Story Land at Walt Disney World Resort.

“With set pieces, staging, attractions and experiences Toy Story Land represents the best of Walt Disney Imagineering’s collaboration with our storytelling partners at Pixar Animation Studios,” said Bob Chapek, chairman of Walt Disney Parks and Resorts. “This new land will place guests inside the wondrous world of Woody, Buzz and their pals – and invite everyone to experience the joy of being a toy.”
(MORE BELOW) 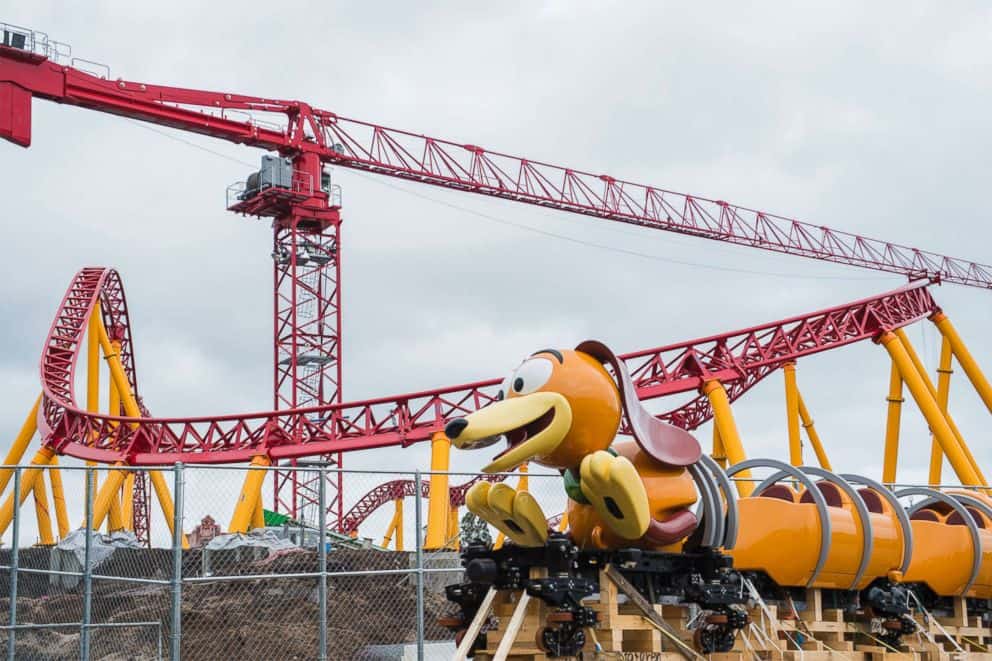 While the original “Toy Story” movie was released in 1995, Toy Story Midway Mania opened at Disney’s Hollywood Studios and Disney’s California Adventure in 2008.

When it comes time for a bite to eat head to Woody’s Lunch Box, a walk-up window serving old-fashioned soda floats along with other tasty eats and treats.”

News opening Toy Story Land 2018-02-16
Becky
Previous: 10 Reasons Why We’re Nuts About Animal Kingdom Resorts
Next: Disney To-Do List: The Top 20 Things You Must Do Before You Go on Your Disney World Vacation