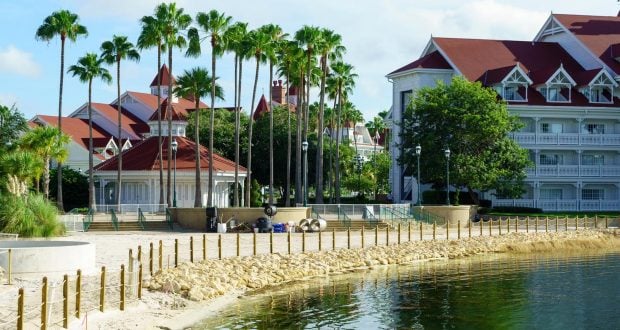 It’s been just a few weeks since the shocking attack of a young boy and his father at Disney’s Grand Floridian Resort beach area. Following this tragedy, Disney promptly erected post and rope barriers along all shorelines at its’ resort hotels beachfronts.. Presently, Disney has announced that they will be converting this temporary barrier into a more permanent structure by adding several feet of rocks on the water side of the rope and post barriers. For those of us who have seen video or alligators scaling chain link fences or other such structures, It seems that such a construction project is geared more towards keeping guests away from the water rather than alligators off the shoreline. At the very least, a barrier or this kind might have gone a long way to keeping this previous attack from happening in the first place. Disney has announced that they will be installing barriers of this kind along all resort hotel waterfronts.