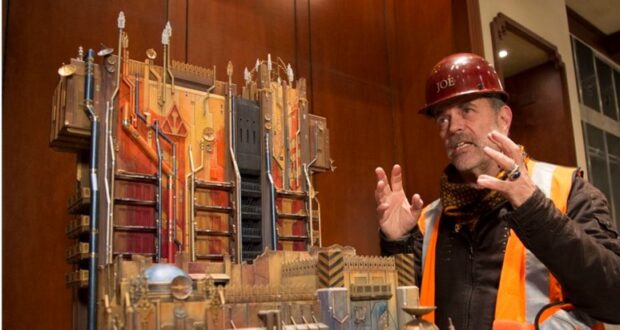 Did you know that Walt Disney Imagineering evaluated but eventually rejected Spider-Man and Doctor Strange themes for the Disney California Adventure Tower of Terror? In 2017 however, they settled on a Guardians of the Galaxy theme.

As shared by the OCRegister: Walt Disney Imagineering considered Spider-Man and Doctor Strange themes for the Twilight Zone: Tower of Terror when the creative arm of the company was planning a Marvel overlay for the indoor drop tower ride at Disney California Adventure, according to recently retired Imagineer Joe Rohde.

Transforming the popular Tower of Terror ride with a new Guardians of the Galaxy overlay seemed like an odd decision in May 2017. But Disney was playing a long game that would soon be revealed in July 2017 at the D23 Expo in Anaheim when it was announced Mission: Breakout would anchor a new Marvel themed land at DCA called Avengers Campus.

Much like many ideas cast aside at Imagineering, the Spider-Man and Doctor Strange themes didn’t go to waste. Both Spidey and Strange will have their own attractions in Avengers Campus — which is set to debut in 2021 after DCA reopens following an extended coronavirus closure.

“We ran a couple ideas,” Rohde said during the D23 podcast. “We could do Doctor Strange. That would work really, really well in almost what Tower of Terror is. Spider-Man needs some space. It’s a different thing. And then Guardians.”