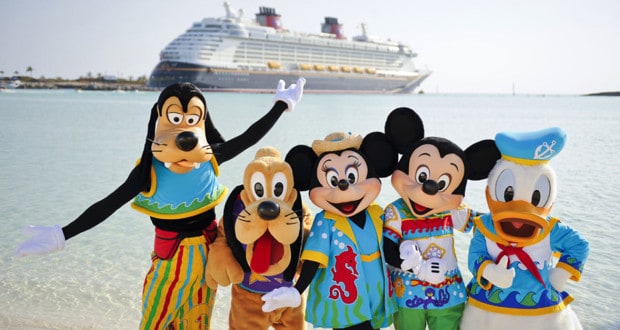 The big blue has been extremely quiet since COVID took the cruise industry by hold. Cruise ships haven’t been able to invite guests to cruise since last spring. Recently, Disney Cruise Line announced they would be sailing the big blue once again with a test cruise to see how their COVID-19 procedures were handled. Unfortunately, the test cruise (which was scheduled to depart tomorrow) has been postponed.

As reported by ClickOrlando: “Disney Cruise Lines has postponed its first test cruise, which was scheduled to set sail Tuesday out of Port Canaveral, as the company was set to begin testing its coronavirus precautions, officials said. According to the Canaveral Port Authority, the Disney simulated cruise out of Cruise Terminal 8 has been postponed and no future date has been determined.”

A Disney spokesperson shared the following statement: “We are delaying our simulation cruise due to a small number of inconsistent COVID-19 test results, which are considered positive by the CDC. The rigorous health and safety protocols we have in place helped us identify the situation, though the test results were ultimately negative.”

It sounds like the COVID testing inconsistency has brought this test sailing to a halt. Apparently Disney tested their Cast Members on the Disney Dream last week and found that five out of the 600 Cast Members tested positive for COVID-19. The five positive cases were all asymptomatic and previously vaccinated. A retest the next day, using the same lab, tested negative. So, one day positive and another day negative… it’s hard to know what is best in that situation.

We’ll keep you posted as we learn more about when this test cruise will be rescheduled for. In the meantime, we’re already making plans to sail on Disney Cruise Line’s newest ship in the fleet, the Disney Wish. We’re also ready to experience some holiday festivities aboard the Disney Cruise Line with the Fall 2022 itineraries released.