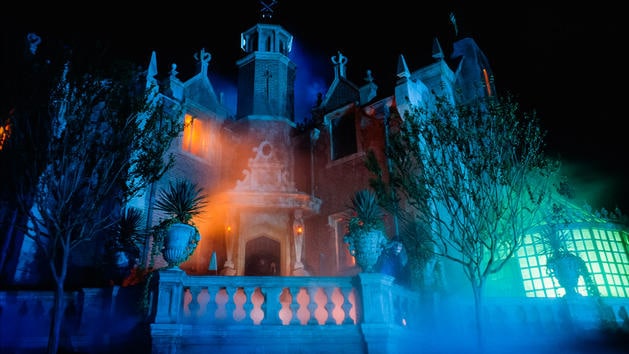 Whether you’re at a carnival, fair, or a major theme park, a Haunted House or Haunted Mansion is typically a mainstay in the list of attractions. Walt Disney World’s more popular attractions is located on the back end of Liberty Square with its eerie presence. Many years of planning and details went into creating this attraction. Multiple delays prolonged the eventual unveiling, but it was a massive success once it finally came to fruition. The original attraction opened in Disneyland in 1969. Unfortunately Walt himself never got to see the finished product. The Disney World attraction opened in 1971, along with the rest of the park, and also had a movie based on it starring Eddie Murphy in 2003.