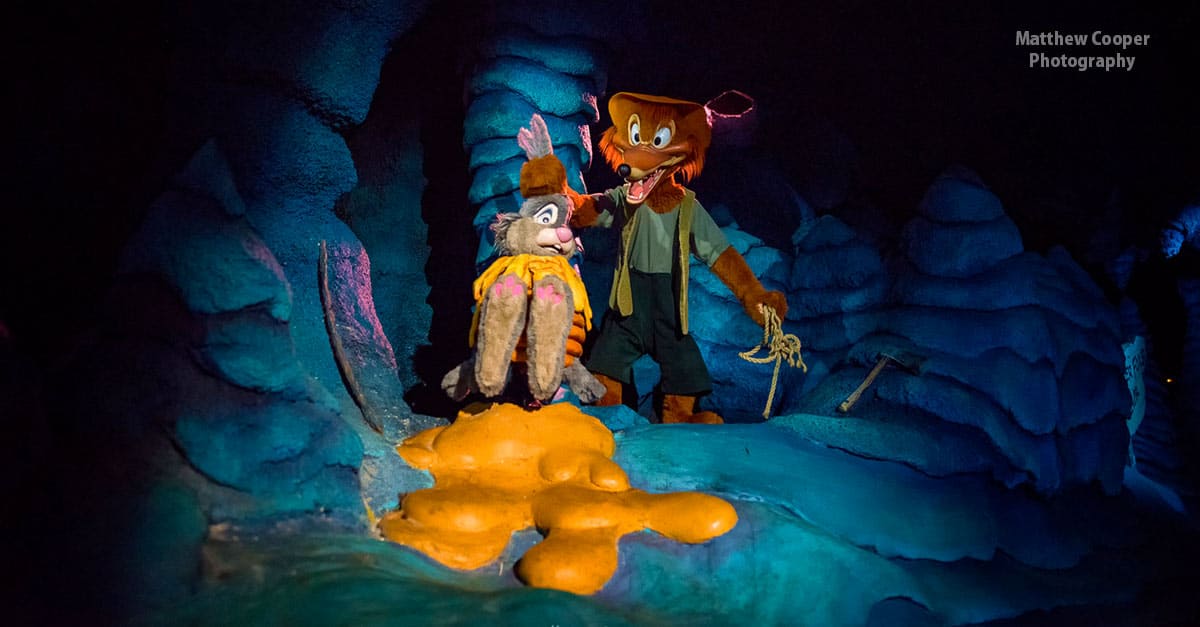 Being of the most beloved rides in all of Walt Disney’s theme parks, Splash Mountain, packs one of the largest and climatic drops of all the attractions.   Built over twenty-five years ago, Splash Mountain started out in Disneyland while eventually making it trip to Walt Disney World and Tokyo Disneyland in subsequent years.  The Br’er Rabbit and his group of friends are the headliners for this attraction along with a soundtrack, which was based on Songs of the South.    This doesn’t come without controversy, based on the roots of the original movie. The Br’er Rabbit is one of the most underrated of all Disney characters in my opinion.  The longtime Disney favorite, Zip-A-Dee-Doo-Dah plays at the most opportune time, which may catch guests by surprise. This was done to detract riders for what is to come!