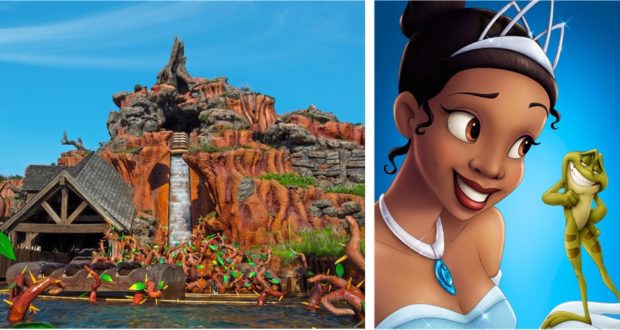 Disney Fans Now Petition To Keep Splash Mountain As Is

Yesterday, we shared that a petition is circulating among Disney Fans to re-theme Splash Mountain to a Princess and the Frog theme. Today, we bring you a new petition where Disney fans ask to keep Splash Mountain as is.

The first petition to “Re-theme Splash Mountain to Princess and the Frog” has roughly 16,800 signers currently which is up from the 8,300 signers we reported yesterday. After the death of George Floyd, the Black Lives Matters movement is leading to conversations about racial stereotypes. Disney fans are requesting the theming behind the Splash Mountain attraction change possibly to a Princess and the Frog theme. To view the details of the first petition as shared yesterday, click here.

Splash Mountain is in iconic ride at Magic Kingdom and has been such for nearly 50 years. There is nothing wrong with the ride and is loved by millions of fans all over the world. To change such an iconic ride would erode The Nostalgia that lives in Disney World and take away a little bit of the magic.

The want to change the ride to be themed to something more politically correct is foolish. The characters in The Ride do not specifically generalize any race or group of people. They are nothing more than caricatures of turn of the century America. To change them would be to remove a bid of our art history from the world and to be ashamed of it.

Show your support and let Disney know that you want Splash Mountain to stay exactly the way it is!

This new petition to keep Splash Mountain as is, is also located on Change.org here.