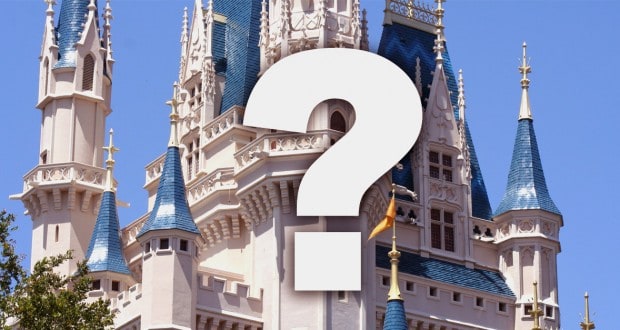 21 Impressive Disney Facts… Or Are They Fiction? You Decide

When your history is as deep and varied as The Disney Company, you’re bound to have a few fun facts, rumors and downright lies circulating about you. We’ve compiled a list of a few of these. Following is a list of 21 impressive Disney facts… or are they fiction? You decide!

21. Cast Members are instructed not to point with one finger. Rather to motion with tow fingers or the whole hand. Some have said that because Walt pointed with the two fingers holding his cigarette, Roy has requested to be done that way in the parks. This keeps Walt in the parks. Others say that pointing with one finger is rude and insulting to other cultures that may visit WDW. Thus the ban on finger pointing!!!

20. Michael Jackson used to sneak in wearing a disguise and go around solo, or at least thats what the old-timers say. In any event, Jackson loved to visit Disney Parks here in America and all over the world.

19. A funny story happened when a mysterious bag was left at the base of Space Mountain Normal security procedures were followed and a bomb dog was brought in. Pluto (name changed to protect the innocent) came to check the bag, He sniffed it and then sat down, which signals there is something wrong with this bag. Tomorrowland had to be evacuated. All of the attractions/stores/restaurants were shut down, and all the CMs were standing at the entrances freaking out because they were sure a bomb was going to go off everyone would die. It turned out that the backpack was just forgotten. I was full of carne asada burritos, and Pluto sat down because he thought he was getting a treat.

18. Everyone’s favorite rubbish-compactor, Wall-E, (Waste Allocation Load Lifter – Earth-Class) is rumored to be named after Walt Elias Disney. This author cannot corroborate this as true. However the similarities in the names is striking.

17. According to Mickey Rooney, Mickey Mouse was named after him. He recalls that during a visit to Disney’s studio as a child, Walt showed him his new cartoon character Mortimer Mouse and said “What do you think of my mouse Mickey?” Pausing he then said “Mickey….Mickey…Mickey Mouse !!!”

16. Disney’s big-eared creation was first named ‘Mortimer’, until his wife persuaded him that ‘Mickey’ had a better ring to it. More people say that Lillian was responsible for renaming the mouse Mickey instead of Mortimer, contrary to the claim of Mickey Rooney.

15. From the success of Snow White, Walt and his brother Roy had bought a home for his parents, but tragically a faulty heating system led to Flora Disney’s death from carbon monoxide poisoning.

14. Steve Martin’s first job was selling guidebooks at Disneyland when he was 10-13 years old. He loved visiting the magic shop and learned tricks and illusions which landed him a job at the shop when he was 15 years old. Thus another famous career began.

13. Bruce, the ‘vegetarian’ great white shark of Finding Nemo, was named after the mechanical shark used in the movie “Jaws”. The Great White was affectionately called “Bruce” on the set after Steven Spielberg’s lawyer Bruce Raymer. This was not the beginning of the shark/lawyer jokes!

11. Disney flew its flags at half-mast on the day Apple co-founder Steve Jobs died. Jobs was Disney’s largest single shareholder (7 percent) and was on the board of directors when Disney acquired Pixar in 2006 (Jobs was cofounder and chief executive of Pixar). “Cars” features a white racing car with the Apple logo, and the number ’84’, which refers to the year the first Apple computer was released.

10. Mickey was also the first animated character to talk. His first words, in 1929 cartoon The “Karnival Kid”, were ‘Hot dog!’ So with such a beginning, Mickey has become as “ American as apple pie”.

9. “Man is in the forest’ was a code used by animators to warn colleagues to get back to work when Walt Disney was coming down the hallway.

8. Disney’s daughter assured the press that, contrary to rumors, Walt Disney was not cryogenically frozen. Disney was buried in a quiet, small funeral the day after his death, which may have given rise to that speculation.

6. Yes, Walt Disney did” kidnap” then Vice President Richard Nixon and his family in 1959 .The Nixons family were at Disneyland to help dedicate the brand-new, never-before-seen Monorail system. It was a hot day, so Walt invited the Nixons into the Monorail’s air conditioned cab. It had to be on for the AC to work, of course, and since the state-of-the-art transportation was all geared up and ready to go, Walt thought it would be an opportune time to show the Vice President what it could do. So they took off without the VPs entire Secret Service detail who were left behind on the platform. The Monorail made one lap and was approaching the Secret Service agents at the platform. They were running alongside as it slowed, until Nixon’s daughters cheered, “Again!” when the Monorail resumed full speed, abandoning once more the dismayed Secret Service who had no VP to protect. Tricky Dick “roared with laughter,” according to Bob Gurr, the Imagineer in charge of the whole operation.

5. Disneyland employees only have their first names featured on workplace badges, because Walt hated being called ‘Mr Disney’.

4. The term “Imagineering” was beginning to be used in articles to describe the design and development arm of the Walt Disney Company. Combining Imagination with engineering, It describes those who oversee all of the design and building of Disney theme parks, resorts, cruise ships, and other entertainment venues at all levels of development. Imagineers possess a broad range of skills and talents, with over 140 different job titles. These WDIs include illustrators, architects, engineers, lighting designers, show writers, graphic designers, and many more. Disney filed for a copyright for the term “imagineer” in 1967, claiming first use of the name in 1962. Since then, Walt Disney Imagineers have been proud to wear this unique title.

3. Thanks to its swamp-land setting, Disney World frequently attracts alligators, which have previously been found swimming around Splash Mountain, and even in one of the public toilet blocks.

2. The final film Walt personally oversaw was The Jungle Book, before his death from lung cancer in 1966.

1. Wall-E (Waste Allocation Load Lifter – Earth-Class) is rumored to be named after Walt Elias Disney. This author cannot corroborate this as true. However the similarities in the names is striking.

Do you know if any of these are true or false? Share your comments with us on Facebook