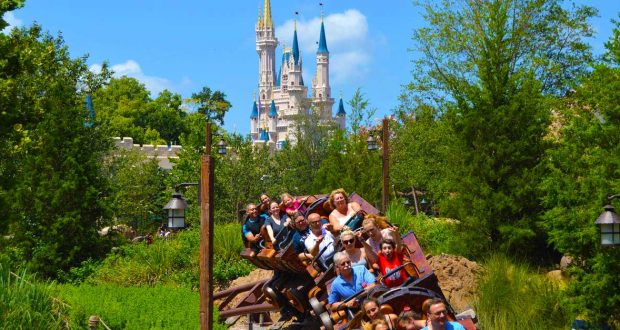 When approaching a Disney vacation, one of your first steps will be choosing your companions–and, for most people, those companions will be your family members! Traveling with a variety of individuals can make things particularly fun, exciting, and memorable; however, it can also make things like planning and dining more complicated, since people of different ages and backgrounds (teenagers, for example) might have different interests. If you’re specifically traveling with a teenager, then don’t worry: there will still be plenty for them to do and enjoy at Walt Disney World. The magic is NOT just for children! And if your teenager thinks that he or she is too cool for a Disney trip, follow this simple guide to leave them–and you–relaxed, satisfied, and chock-full of Disney magic!

6) Visit some of the goofier and prettier characters.

Most teenagers will probably be averse to lining up for autographs from their childhood favorites, but they are most likely to enjoy meeting characters that are either funny or attractive. What girl wouldn’t want to meet a Disney prince (or Gaston), after all, and who wouldn’t want to joke around with Tigger or Mushu? Your teenage companion might still prefer to choose another activity, but the odds are best in favor of a Meet n’ Greet if the character meets either elements of the above criteria. So choose carefully!

5) Aim for thrilling or comical attractions.

Once children are old enough (and tall enough) to ride roller coasters, they will usually WANT to–so make sure you point them in the direction of rides like Expedition Everest, Kali River Rapids, Rock ‘n’ Roller Coaster, or DINOSAUR. Rides that are related to popular films will also be a hit with teenagers, so go for Pirates of the Caribbean, the Haunted Mansion, or the recently upgraded Star Wars area in Hollywood Studios. And don’t forget laughs–the Monsters Inc. Laugh Floor is a hilarious experience, and the Indiana Jones Epic Stunt Spectacular is a show that is both funny and exhilarating for visitors of all ages!

4) Throw in a few traditional rides.

While rides like It’s A Small World may not be a huge hit with every teenager, there are still some classic attractions that can be unique and entertaining enough to appeal to the age group as a whole. The Swiss Family Treehouse can offer both exhilarating heights and rustic aesthetics, while Splash Mountain manages to blend traditional Disney charm with an intense drop! In general, teenagers will probably prefer modern rides–but there’s no denying that Disney classics still have something to offer, so they’re certainly worth some attention!

Cute animatronics, musical numbers–those may be wonderful for some teenagers, but certainly not all of them. However, there is one thing that can bring Disney magic to everyone, and that’s the Animal Kingdom! Kilimanjaro Safaris are bound to interest your entire family, as are the wildlife exhibits throughout the park (and the incredible scenery). If you really want to emphasize the awe-inspiring elements of the natural world, then choose the Animal Kingdom Lodge as your home base, too! Who knows? Perhaps the experience will send your teenager towards a career in conservation.

2) Save some of your time–and your appetite–for meals.

Teenagers are usually in the midst of growth spurts, so they’re pretty hungry, and Walt Disney World is the perfect place to indulge that hunger! Settle in for some high-quality meals–whether it’s deluxe dining at Chefs de France, full-on comfort food at the 50’s Prime Time Cafe, or exotic cuisine at one of the Animal Kingdom Lodge’s restaurants. And, if your teenager has a steady hankering for traditional burgers or carnival fare like fried dough, then they can always find some at quick-service locations throughout the parks!

1) Give them some space.

Teenagers are at a very complex stage in life–one in which they are constantly trying to determine and establish who they are as a person–and this exploration generally requires a little alone time. Don’t hesitate to give them this solitude on vacation, too! Even if it’s just letting them go off on their own to try your resort’s arcade or letting them hang back to repeat a ride that they loved and get a snack, you’ll be surprised by how much the independent journey can mean. Be sure to have cell phones, though, in case something comes up!

Disney is designed to have something magical and enjoyable for every single visitor, so there’s bound to be at least one or two appealing attractions on the roster for your adolescent traveling companion. Even if that (theoretically) weren’t true, Disney has a few more tricks up its sleeve: the nighttime shows. Perhaps you’re seeing Epcot’s IllumiNations, or the Magic Kingdom’s Wishes Nighttime Spectacular, or Hollywood Studio’s Fantasmic!, or even the Animal Kingdom’s new shows (such as the upcoming Rivers of Light). Each show is impressive, inspiring, and decidedly epic, so teenagers and adults alike will be left in dazzling awe. So go ahead: take your teenager on a trip to Walt Disney World, and let them absorb that wonderful Disney magic in their own way!