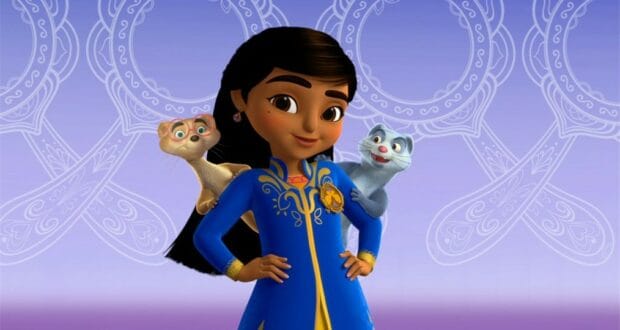 A Disney Junior favorite is making her way to Disney+! Soon, we will be able to watch Mira, an extremely talented and sweet Royal Detective, and her friends set out on problem-solving adventures. Check out the details below!

As reported by WhatsOnDisneyPlus: “Disney has announced that the popular Disney Junior animated series “Mira: Royal Detective” will be coming to Disney+ in the United States and Canada on Friday 30th April.”

Disney Junior’s “Mira, Royal Detective” is an animated mystery-adventure series for preschoolers inspired by the cultures and customs of India. Set in the fictional land of Jalpur, the series follows the brave and resourceful Mira, a commoner who is appointed to the role of royal detective by the Queen. Along with her friend Prince Neel, a talented inventor, creative cousin Priya, and comical mongoose sidekicks Mikku and Chikku, Mira will stop at nothing to solve a case.

Check out a clip of the series below:

We know our kiddos are excited Mira will be joining the Disney+ streaming list!