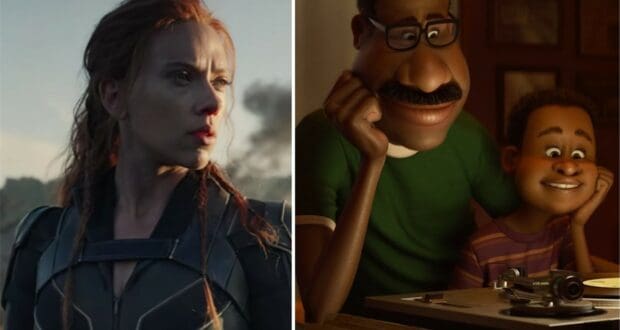 Two major Disney films have been battling with release dates and whether or not to debut in theaters due to COVID-19. It now looks like Disney may delay the Black Widow release, while potentially sending Soul straight to Disney+.

As shared by Variety: “Disney will likely delay “Black Widow,” the superhero adventure from Marvel that was slated to open on Nov. 6. The studio is also exploring various release options for Pixar’s existential cartoon “Soul.” The animated kids’ film is still scheduled to release on Nov. 20, but it is unlikely to move forward with those plans. The studio is even considering releasing it on Disney Plus.”

We seriously can’t wait to watch both of these movies on whatever platform they are released! What do you think, are you ready to head back to the theaters just yet? Or do you prefer a Disney+ release?