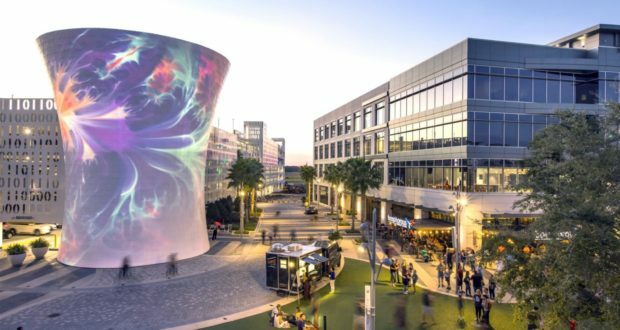 We previously shared the news that the The Walt Disney Company has confirmed they are relocating 2,000 Cast Members from California to Florida. As the company continues to grow, Disney has evaluated their current location on the west coast and made the decision to shift home base to the east coast to a popular Florida town called Lake Nona. We’re now learning this move may result in a massive state tax break for the company.

As reported by OrlandoSentinel: “Disney could get more than half a billion dollars in state tax breaks for building a regional hub in Orlando’s Lake Nona community where it plans to put more than 2,000 employees moving from California, documents show. Disney’s capital investment for the project could be as much as $864 million, according to company projections made in documents released to the Orlando Sentinel on Wednesday from the state’s Department of Economic Opportunity. An estimate in the documents shows Disney could claim more than $570 million in tax breaks over 20 years for the project. Disney is eligible for the money under the state’s Capital Investment Tax Credit program, for which it was approved in February 2020.”

Disney issued a statement Wednesday night (July 21): “Like other companies, we are utilizing an existing incentive offered by the state of Florida in the development of the new regional hub where we will be bringing more than 2,000 professional roles to Central Florida and making a sizable investment in this community where we have a long-standing presence and commitment.”

While we have yet to learn of an address for Disney’s Lake Nona campus, we do know that it is expected to be 300,000 to 400,000 square feet according to Disney’s application. The application also reads, “Taxpayer intends to establish a regional campus that will take this international enterprise into the 21st century with a state-of-the-art modern overhaul of the operational software systems that helps drive the success for this company to create an efficient management system.”