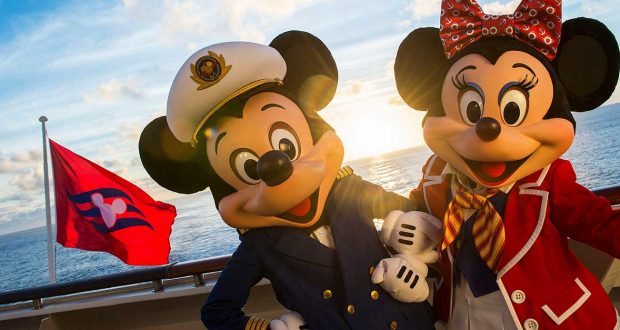 Disney Park or Disney Cruise? Which Experience Is Right For Your Family This Year?

It’s time to plan your yearly family vacation! Obviously, it’s going to be Disney. However, choosing between the Disney Parks and a Disney Cruise can be quite the challenge. After all, they both offer a seriously good time, and finding problems with either vacation can be pretty difficult.

Of course, this challenge becomes even more difficult if you haven’t experienced both options. Lucky for you, we’ve done both on multiple occasions, and we are here to break things down for you and help you decide which option is ideal for your family this year.

Let’s begin by discussing the general atmosphere of the parks versus a cruise ship. The overall atmosphere will help set the tone for your entire vacation, so this is actually quite important.

Atmosphere in the Disney Parks

The Disney Parks are bustling places. They are full of excitement, and new sights, sounds, and smells are around every corner. There is a lot of walking involved in a Disney Park visit, and very little rest is built into such a vacation unless you make a point of squeezing it in. This makes park vacations ideal for energetic families. 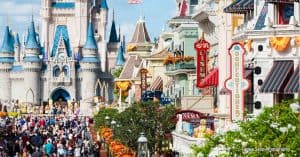 Atmosphere on a Disney Cruise

A Disney Cruise Ship is also pretty busy and full of excitement and fun. That said, because you are on the same ship for several days, the excitement does tend to come in bursts, and the sensory overwhelm is a little less intense. Overall, Disney Cruises are more relaxing than the parks, making them the perfect option for those who just want a break. 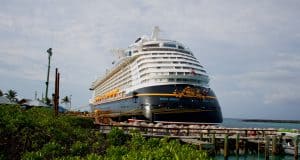 The type of entertainment available to your family can also be extremely important. Depending on what kinds of things your family enjoys most, this may even be a deal breaker. Let’s talk about the entertainment options offered with each vacation.

Entertainment in the Disney Parks

For the most part, the Disney Parks focus on rides. There are thrill rides, kiddie rides, and every other kind of ride in between. Of course, you will also catch the occasional show or parade, and dining in the Disney Parks is entertainment in and of itself, but you can count on the majority of each day revolving around the dark rides, coasters, and other such attractions. 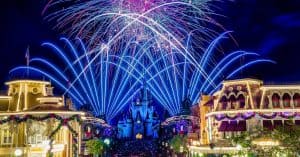 Entertainment on a Disney Cruise

Aside from water slides, Disney Cruise Ships don’t have any rides at all. The main forms of entertainment on these ships are water play, movies, organized activities, and of course, the fabulous nighttime shows. 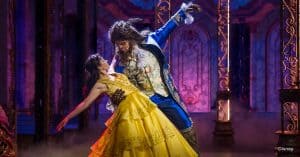 If you’re traveling with kids, a date night or two might be in order. Luckily, both options do have childcare available. Let’s discuss the differences between the two.

Childcare in the Disney Parks

While there is not child care available in the parks themselves, you can find childcare in some of the Walt Disney World Resort Hotels. This is a great option for parents who would like a night alone together. That said, this care is a bit pricey and will need to be planned for. 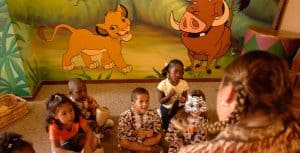 Childcare on a Disney Cruise

Meanwhile, each and every Disney Cruise Ship has childcare available every single day. The kids clubs on these ships host a variety of amazing activities throughout the day, and aside from the infant care offered in the nursery, all of this is included in your cruise cost. This makes heading on deck for an impromptu date a cinch! 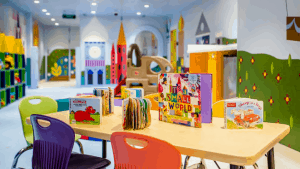 For many, food is the most important part of any vacation. Therefore, it absolutely needs to be done right. While both Disney Parks and Disney Cruises offer plenty of delicious options, there are some differences you should be aware of.

Food in the Disney Parks

Food in the parks is plentiful and incredibly varied. No matter what kind of cuisine you’re craving, you’ll likely find it here. Additionally, there are themed restaurants and character meals galore, and you get to pick and choose what you like best.

The downsides to dining in Disney World are that you may have to make reservations for certain places months in advance, and unless you have the Dining Plan, you will need to budget for food and keep track of that budget while on vacation. 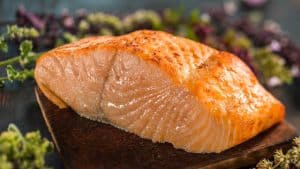 Food on a Disney Cruise

Just like in the parks, food on a Disney Cruise is plentiful. While it isn’t quite as varied as at the parks, we find that there is more than enough variety to keep us happy.

There are options such as whether to order room service or go to the buffet, the quick-service snack bar, or the sit-down dining room—but not so many that it’s overwhelming. The sit-down meals are fabulous, and thanks to the rotating dining schedule, you’ll get to experience three uniquely themed dining rooms.

Most cruises feature at least one character meal as well. The best part is, every single meal—with the exception of the optional adults-only restaurant—is included in the price of your cruise! 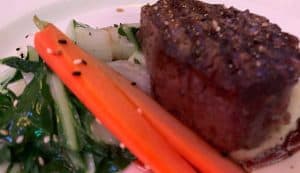 Location, location, location. This is a huge deciding factor for many families. After all, depending on where you’re coming from, one option or the other could be quite the trek. Obviously, traveling a long way is more difficult because of money constraints, but also often because of time constraints.

Locations of the Disney Parks

There are six Disney Resorts around the world. These are located in Florida, California, Hong Kong, Shanghai, Tokyo, and Paris. If you are lucky enough to live anywhere near one of these, going on a Disney vacation just got a whole lot easier. 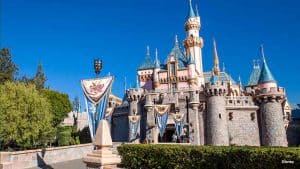 Not near a Disney Park? It’s possible that a Disney Cruise Ship may still be fairly close. While many cruises do leave out of Florida, and some leave out of California, there are also ports with Disney ships in Texas, Louisiana, New York, Hawaii, and a number of international locations.

Finally, but in many cases most importantly, there is money to consider. Honestly, the cost of any Disney vacation is bound to be pretty high. That said, where there’s a will there’s a way, and as any hardcore Disney fan knows, Disney vacations are worth that extra cost.

Cost of a Disney Parks Vacation

The cost of a Disney Park vacation can vary greatly, and the vacationer actually has quite a bit of control over how much they spend. Need to save? Pack lunches, stay off-site, and visit the parks for 3 or 4 days rather than a week. Prefer to splurge instead? Go for it! 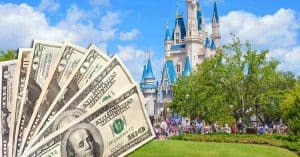 Cost of a Disney Cruise

Unfortunately, the cost of a Disney Cruise is not so flexible. Even the cheapest cabin is pricey, and there are very few ways to reduce that cost. You can expect to spend several thousand dollars to take your family on a Disney Cruise, but keep in mind that it is all-inclusive, meaning once you pay for it, you won’t need to spend another dime (barring exceptions like alcohol, souvenirs, etc). 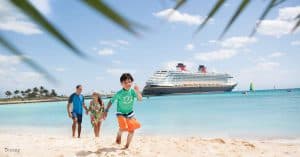