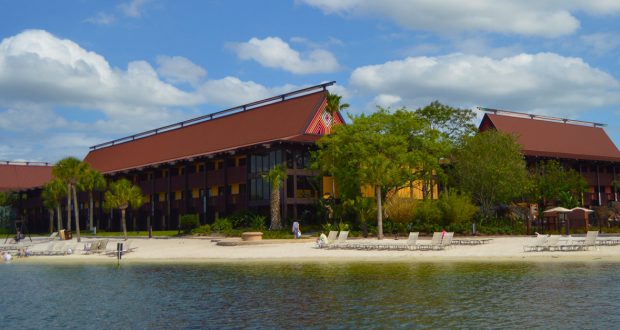 A man checking into Disney’s Polynesian Resort was found with an AR-15 rifle and 9mm handgun. Disney security stepped into action and handled the situation with the cooperation of the Disney guest. Check out the details here as shared by OrlandoSentinel.

As shared by OrlandoSentinel: “A South Florida man brought an AR-15 rifle and 9mm handgun with him on his Disney World vacation. The 43-year-old Palm Beach Gardens man checked into the Polynesian Village Resort with his guns in a tennis bag on Saturday of the Labor Day holiday weekend, according to a newly released sheriff’s incident report.”

“The bellman handling the bag to bring to the man’s room wondered why it was so heavy, made the discovery and reported it to his manager who then contacted the sheriff’s office, the report said.”

“The Sheriff’s Office questioned the man who told them “he brought the rifle with him for their safety because of the riots and civil unrest going on down south and in the Central Florida area,” the incident report said.”

“In addition to the guns, the man brought three rifle magazines with 90 total rounds and two 9mm magazines with 20 rounds total. The sheriff’s office checked his concealed weapon permit. “

“No arrests were made because no laws were broken,” the sheriff’s office said Tuesday when reached for comment. Disney Security held onto his handgun in the hotel’s safe, and the larger rifle was stored at Disney’s Animal Kingdom Lodge.

“Our policy is clear that guns or weapons of any kind are not allowed at our resort regardless of whether someone has a permit,” Disney spokeswoman Andrea Finger said in a statement.