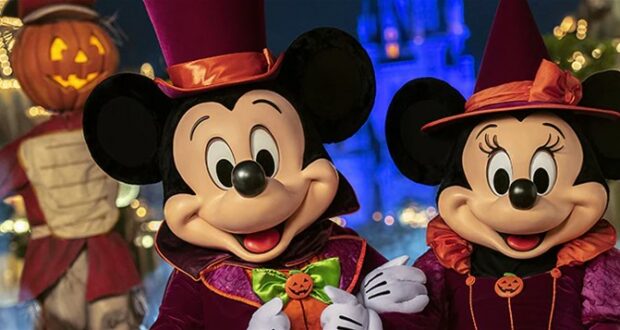 UPDATE: Here’s the “special announcement” we’ve been waiting for! Disney After Hours BOO BASH Is Coming to the Magic Kingdom

Ok, let the speculations begin! Disney has announced they will be celebrating “Half Way to Halloween” beginning tomorrow (May 7). While this usually means special recipes and fun Halloween DIYs… we’re super curious about one particular comment in their announcement. They said they will have a “special announcement”…. so… what could this special Halloween-themed announcement be?! Oh how we hope it’s the return of Mickey’s Not-So-Scary Halloween Party!

As shared by Disney: “The #HalfwaytoHalloween fun begins tomorrow morning, May 7! Throughout the day, we’ll be sharing nothing but treats including a special announcement as well as a few “shriek peeks” and some dreadfully delicious dishes. Also, we’re digging up a “mummy approved” Disney+ playlist, not-so-spooky planDisney tips, frightfully favorite Halloween wallpapers and much more.”

Mickey’s Not-So-Scary Halloween Party was cancelled last year due to COVID-19. Being one of the most popular special events at Walt Disney World, it was a huge bummer but understandable. We’ve been awaiting word if/when Mickey’s parties would return to Magic Kingdom… and this might just be what we learn about tomorrow! Fingers crossed! We’ll be sure to post as soon as the “special announcement” is released tomorrow.