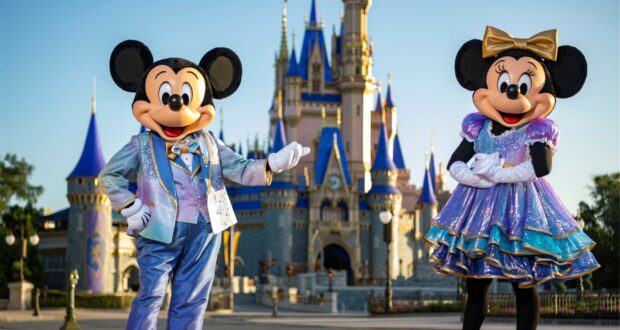 Get ready for exciting news to be released tomorrow (June 22) coming from Disney about “The World’s Most Magical Celebration”! Walt Disney World’s 50th Anniversary may not be kicking off until October 1, but Disney is preparing to release more details in the morning.

Disney Parks took to social media to share: “Cast members are the heart of the magic at @WaltDisneyWorld, and they’re looking forward to celebrating with you at “The World’s Most Magical Celebration,” starting Oct. 1. Tune in tomorrow (June 22) to @GMA and the Disney Parks Blog for more on the magic ahead for #DisneyWorld50.”

We’ll keep you posted as Disney releases the details tomorrow! In the meantime, catch up on the latest 50th Anniversary celebration details here. Plus, just in case you missed it, here’s Disney’s “The World’s Most Magical Celebration” commercial: