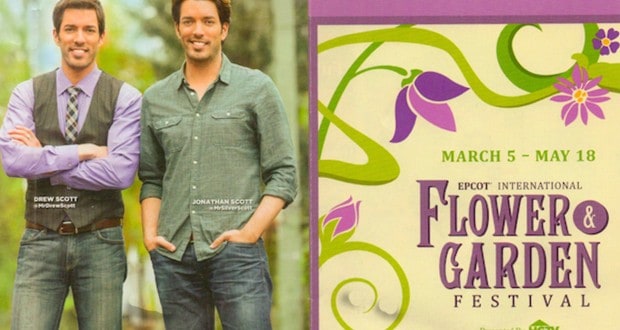 Disney is magical at any time of the year. There are always wonderful parades, beautiful fireworks, and entertaining attractions to enjoy. But did you know that Disney runs special seasonal events during certain times of the year? Check out this list of 11 special events that will enhance any Disney vacation!

Although Disney hosts several races throughout the year, the Marathon Weekend in January is among the most popular due to the variety of races offered. These races have historically taken place on the second weekend in January, beginning with a Family Fun Run 5K on Thursday and culminating with a full marathon on Sunday. There are also kids’ races, a half marathon, and several pre and post race celebrations. I have a family member who runs these races and says once you’ve run a Disney race it’s difficult to run anywhere else! What’s better than running 26.2 miles with the four Disney parks as the backdrop?

This runDisney event invites runners to dress in their favorite Disney Princess garb. Like the Marathon weekend, several races of different lengths are offered. This race weekend has become extremely popular and the races often sell out well in advance. Each spring, Epcot is transformed by the addition of thousands of special flower planting and beautiful topiaries in the form of all of your favorite Disney characters. There are also special “Outdoor Kitchens” with food and beverage offerings similar to those presented during the Epcot Food and Wine Festival. There is a butterfly house, Q & A sessions offered by master gardeners, and the “Flower Power” Concert Series, featuring live music in the America Gardens Theater each weekend.

If you love Star Wars as much as you love Disney, you’ll want to visit Hollywood Studios on Fridays, Saturdays and Sunday during select spring weekends. Guests will have the chance to interact with favorite Disney characters donning their best Star Wars garb, and meet celebrities from the Star Wars franchise for autographs. There are special food and merchandise offerings, several special themed shows, and a “Symphony in the Stars” fireworks display. Participation in Star Wars events in included with your admission to Hollywood Studios.

On Saturday nights, guests are invited to the first and only hard-ticket event to take place in Disney’s Animal Kingdom. The evening begins with a special performance called The Lion King: Concert in the Wild narrated by a guest celebrity. The performance is followed by a street party complete with dancing, food and beverages. This event debuted in 2014 and was wildly successful. It is expected to return again next year.

This is a concert series featuring tribute bands. The bands change weekly and perform three shows each night. The 2014 lineup included tributes to the Beach Boys, the Bee Gees, and the Eagles. Concerts are held at the America Gardens Theater in Epcot and are included in your Epcot admission.

Night of Joy is a two-day contemporary Christian music festival. There are eight artists or groups featured each night on three separate stages set up around the Magic Kingdom. Guests also have the opportunity to experience certain attractions and purchase food and specialty merchandise. This popular hard ticket event does require separate admission, and often sells out well in advance.

This hard ticket event in the Magic Kingdom gives guests the opportunity to ride some of the most popular rides in the park, as well as participate in park-wide trick-or-treating. This event also features a special “Boo to You” Halloween themed parade and special fireworks. I’ve heard more than one Disney Fanatic say this is the best hard ticket event Disney has to offer, and I have to agree.

This annual festival is just one more reason to visit Disney in the fall. Special “marketplaces” (much like food trucks) representing different parts of the world are set up around the World Showcase Lagoon, offering snack-sized tastes of traditional fare and adult beverages. The 2014 Festival will offer over 25 of these marketplaces, several of which will include gluten free options.

This is another hard ticket event the Magic Kingdom. Guests are treated to hot cocoa and cookies while magical Disney “snow” falls on Main Street, USA. Mickey’s Once Upon A Christmastime Parade, a special holiday version of Wishes fireworks, and meet and greets with your favorite Disney characters in their finest holiday attire are just a few of the special events this party has to offer!

What is your favorite seasonal event at Walt Disney World? Tell us about it in the comments section below!