Earlier today, the Walt Disney Company launched the Disney Ultimate Toy Drive by issuing a $500,000 donation to the Marine Toys for Tots Program. The program works to provide toys and gifts to children as needed during the holiday season, and is just the latest chapter in the company’s lengthy history of working with Toys for Tots.

Disney’s connection with Toys for Tots actually goes all the way back to 1947 when Walt Disney and a team of animators created the organization’s logo that is still the one used by Toys for Tots today. You can participate in the Disney Ultimate Toy Drive and help support these initiatives now through December 14. There are multiple ways to show your support: 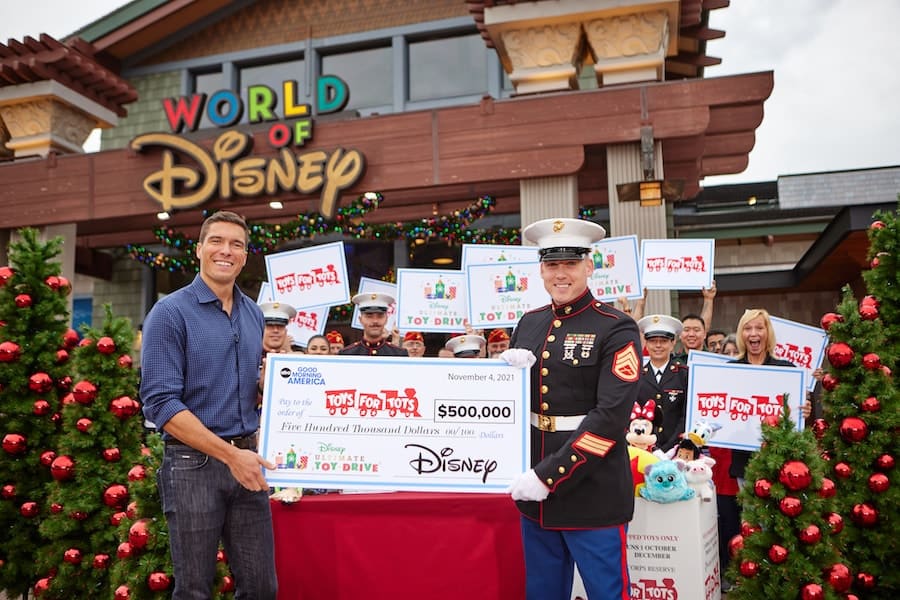 Disney teams around the company will also be finding different ways to celebrate the Disney Ultimate Toy Drive (including the “Hawkeye” premiere, more details to come!)

In addition to the Disney Ultimate Toy Drive event, Disney announced a new short that will serve as a follow up to last year’s “Lola” in support of Make-A-Wish International, titled “The Stepdad.” Watch the short below:

The Minnie Mouse plush and notebook seen in the short are also available for purchase on shopDisney this holiday season (and can be donated toward the toy drive.)

Lastly, as part of the Walt Disney Company’s annual holiday gifting, Disney will be putting $2 million toward Make-A-Wish International and its network of affiliates to grant wishes for children with critical illnesses all around the world.

Learn more about Disney’s work with Make-A-Wish here, and stay tuned for more details on the holiday toy drive to come.