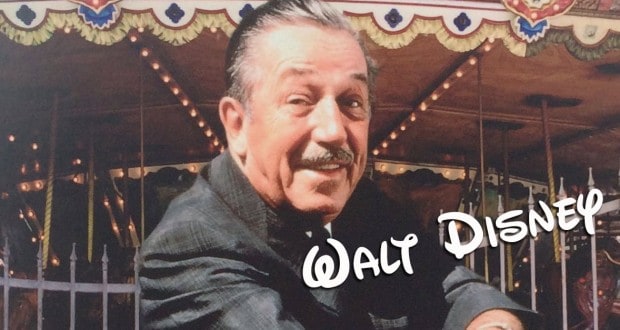 We’ve walked its’ sunny streets lined with rides, shops and attractions. Been inspired by the World Showcase and futuristic lands in EPCOT. Ridden on the monorail, trains and water slides at the various parks. But have you ever wondered how this magical destination in Florida was born? We’ve pulled together interesting facts behind the planning and building of the most visited theme park in the world. Enjoy!

1. The Math and Method Behind Walt’s Inspiration for Disney World Resort:

Disney conducted market surveys that concluded that only 5% of Disneyland’s visitors came from east of the Mississippi River, where 75% of the population of the United States lived. This fueled Walt Disney’s dream of developing a park in the eastern U.S. in an area where he could purchase a much larger area of land. This way he could have plenty of room for expansion and provide a buffer around the resort, as he disliked many of the businesses that had sprung up around Disneyland.

2. Scope of the project:

4. The Loss of a Visionary:

After much lobbying, the Government of Florida gave The Walt Disney Company the standard powers and autonomy of a city that was incorporated. Original plans called for the addition of an “Experimental Prototype Community of Tomorrow” (EPCOT), that would serve as a test bed for new innovations in city living.

6. Working Under the Radar:

To avoid a rush of land speculators, Disney setup various dummy corporations which acquired 27,433 acres of land. “American Development and Management Corporation” and the “Reedy Creek Ranch Corporation” were two such dummy companies (some of these names are now memorialized on a window above Main Street, U.S.A. in the Magic Kingdom).

Following the purchase of the lion share of the land, the true owner of the property was leaked to the Orlando Sentinel newspaper on October 20, 1965. By November 15th a press conference was held at which Walt Disney explained the plans for the site. One of the more exciting aspects of the plan was EPCOT, the Experimental Prototype Community of Tomorrow. Originally designed to become a working city with both commercial and residential areas showcasing and testing new concepts for urban living.

February 2, 1967, Roy Disney held a press conference where he emphasized the role of EPCOT. To further make his point, a film was played which was recorded by Walt Disney before his death explaining their plans for Disney World. Following the film, Disney explained that for Disney World and EPCOT to succeed a special district would need to be formed. Legislation forming the district, which would be comprised of two cities, became law on May 12, 1967. As part of their powers of an incorporated city, the district would have immunity from any and all future county or state land-use laws. So now, to this day, the only county and state oversight that Disney must adhere to are for property taxes and elevator inspections. Nice huh?

Work then began in earnest on the Resort complex, first with drainage canals followed by the first roads into the property followed by the construction of Magic Kingdom. The first segment of Disney World Resort to open were The Palm and Magnolia golf courses. The Contemporary Resort, Polynesian Village and Fort Wilderness were also ready for guests at the parks opening on October 1, 1971.

Time to get out the kleenex: On opening day, Roy O. Disney dedicated the property and declared it would be known as Walt Disney World in his brother’s honor. “Everyone has heard of Ford Cars. But have they all heard of Henry Ford, who started it all? Walt Disney World is in memory of the man who started it all, so people will know his name as long as Walt Disney World is here.” Following the dedication, Roy Disney inquired of Walt’s widow, Lillian, what her thoughts were about the new park. According to biographer Bob Thomas she said, “ I think Walt would have approved.” Less than three months after the property opened, Roy O. Disney died on December 20, 1971.

We hope you were inspired by this historical account of the inception, planning, construction and dedication of Disney World Resort. The scope of Walt’s dream was epic, his commitment to detail was legendary and his love of bringing magic to life was a gift to us all. Thank you Walt for not giving up on your dreams. We will never forget you!

If you liked this article, we recommend:

Do you have any interesting facts to share about Disney World Resort? We’d love to hear from you. Please include your thoughts in the comments below: