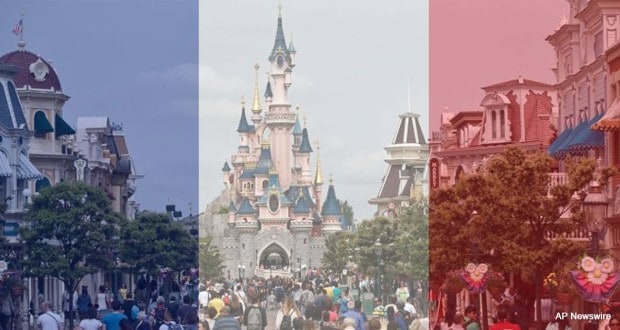 Following the terrorist attacks in Paris, Disney’s two theme parks near the French capital are reopening this Wednesday. Commenting on the Friday night attacks that killed 129 people, Euro Disney president Tom Wolber said: “We mourn those lost to the horrific attacks in Paris. We pray for the injured and we hold them all in our hearts. As part of France’s three-day national mourning period, Disneyland Paris will remain closed through Tuesday 17 November 2015.” Many businesses and monuments in Paris have closed as the country mourns including the Eiffel Tower which turned off its’ lights in respect.

Euro Disney operates two parks about 20 miles east of Paris in Marne-le-Vallee – Disneyland Paris and Walt Disney Studios Park. Disneyland Paris sees more visitors than any other theme park in all of Europe.

We mourn the loss of life from this terrible travesty and pray for the French people and their indominatble spirit. Share your thoughts and encouragement in the comments on Facebook.