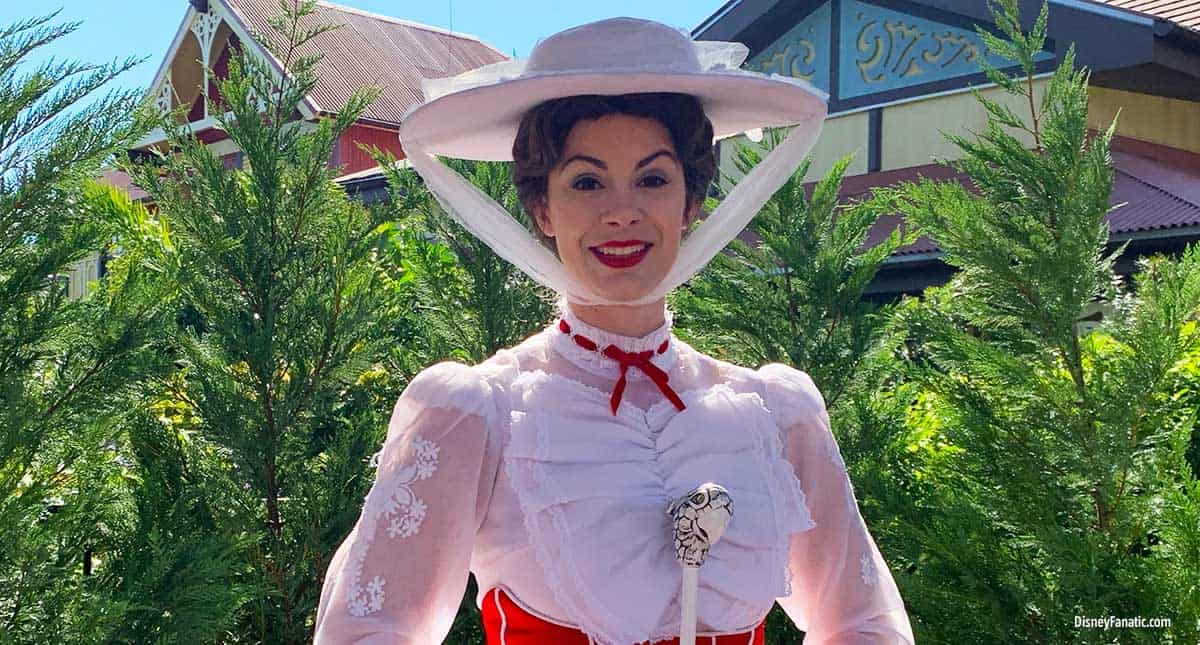 Always thought that a Mary Poppins-themed attraction would be practically perfect in every way? Well your favorite nanny will arrive next year at Epcot’s very own United Kingdom pavilion (specifically at Cherry Tree Lane, of course).

When you enter Disney’s Hollywood Studios, you enter the world of Disney movies. But suppose you could go a bit further. Well, with this all-new attraction you can! Join the golden couple in their very own silver screen picture – literally!

Like with night-time events, you can also expect an anniversary-themed parade. Parades are a signature experience, particularly at Magic Kingdom Park, but you’ll agree that not knowing exactly what to expect is all part of the magic.

New Character Greetings are also on the cards. Again, no specifics have been confirmed, but that’s part of the excitement. Perhaps you’ll meet the Mandalorian at Star Wars: Galaxy’s Edge, or even adorable Baby Yoda!

At Disney World, there simply can’t be a special occasion without brand new lines of merchandise and memorabilia. Souvenirs, apparel, homeware, toys, pin-badges, pressed coins, you name it – the options will undoubtedly go to infinity and beyond.