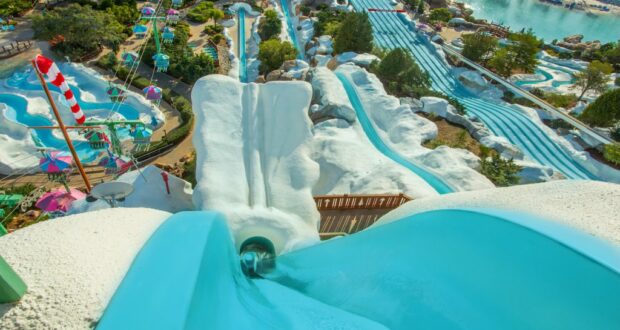 As noted on the Walt Disney World website, Blizzard Beach is scheduled to be open from 11:00am to 6:00pm March 7 – March 20. Currently, park hours are available through March 20, but as Disney adds in the park hours for the theme parks, they will likely do so for Blizzard Beach as usual.

We’ll keep you posted as we learn more about the reopening of Disney’s Blizzard Beach! We’re already trying to get up the nerve to tackle Summit Plummet. Eek… we can’t wait!