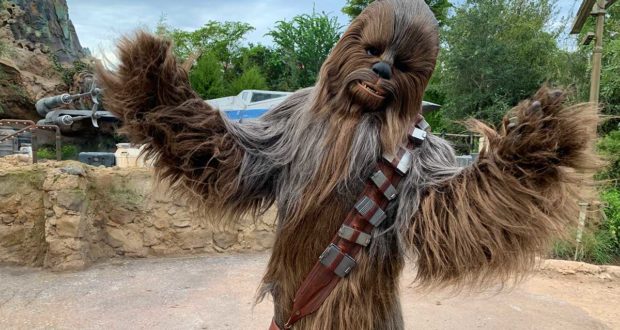 As you’ll see in the two screenshots below of the Park Pass calendar, “Theme Park Tickets” and “Select Resort Hotel” park pass tiers are currently at capacity for Disney’s Hollywood Studios on May 4th.

If you’re an Annual Passholder however, you’ll see May is currently wide open, including Star Wars Day on May 4th!

Walt Disney World has yet to announce if they will offer any May 4th celebrations at Disney’s Hollywood Studios. The Star Wars fan base that wants to experience all things Star Wars on May 4th however have snagged up the reservations to enjoy Galaxy’s Edge on the special day. If you aren’t an Annual Passholder and missed your chance to make a Park Pass Reservation, check the calendar regularly, as you just never know if Disney will decide to open more spots. May the FOURTH be with you!