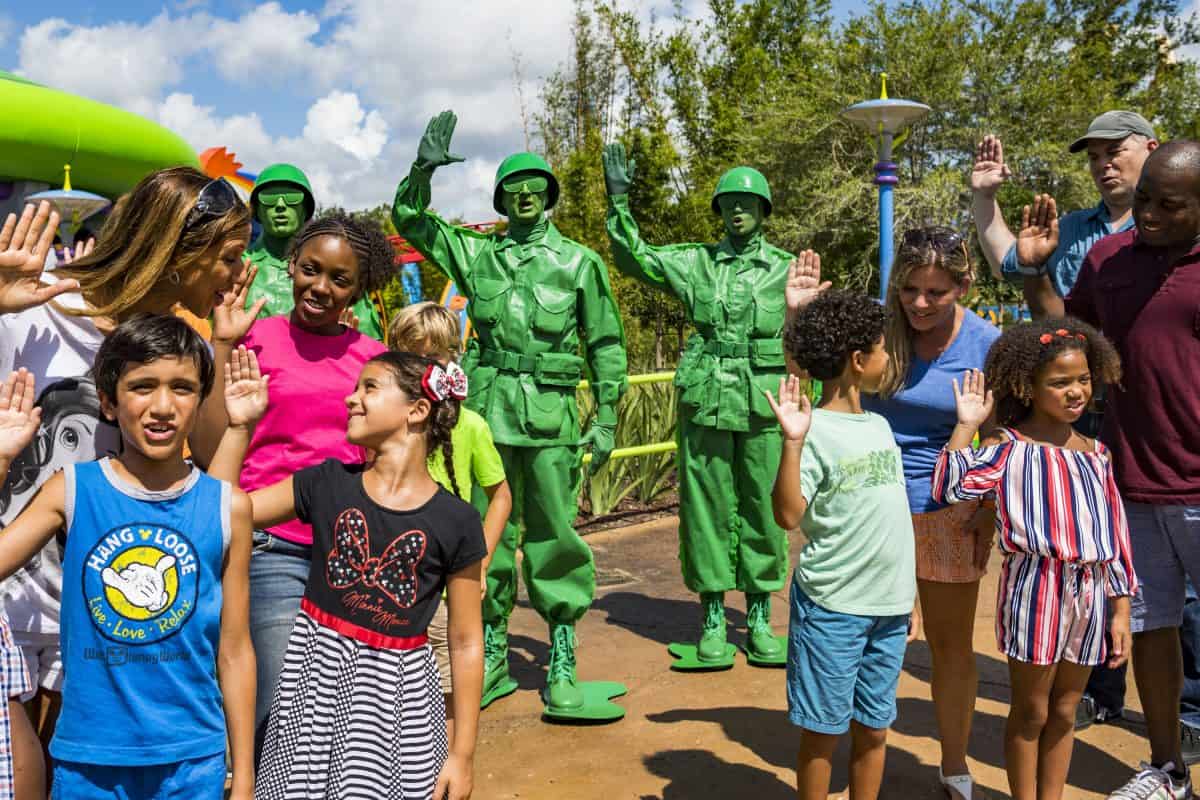 Ten-hut! Just announced, Sarge and the Green Army Man Drum Corps will be marching several times a day through Toy Story Land. As the Drum Corps marches on, everyone’s invited to follow another contingent of Green Army Men to their fun and interactive boot camp, where they’ll “toy” with guests using giant Pixar balls, oversized crayons and a game of SARGE SAYS (their own spin on Simon Says). Will guests have what it takes to become official recruits in Andy’s backyard?

Wheezy, the squeaky toy penguin from the “Toy Story” films, will do more than bring smiles to the faces of guests riding Slinky Dog Dash, the family-style coaster coming to Toy Story Land. The all-new Audio-Animatronics figure will appear in the last scene of the coaster singing “You’ve Got a Friend in Me” in that great (and unexpected) voice of his. Wheezy will be accompanied by his toy friends: Mike the tape recorder, who’s provided him with a microphone, and Mr. Spell, who “texts” funny commentary.

After a day of play in Andy’s backyard, guests can relive their memories with fun merchandise created especially for Toy Story Land. Just announced – headbands are crowned by three-eyed space aliens or Slinky Dog. Slinky Dog also inspires a toy with light-up rings; he can even strrreetch around the waist or shoulders and double as a fashion accessory. Kids get bragging rights with commemorative “I Played There” t-shirts that let the world know they were among the first guests to Toy Story Land. These and other playful items will be available in merchandise locations found in Toy Story Land and at select shops in Disney’s Hollywood Studios.