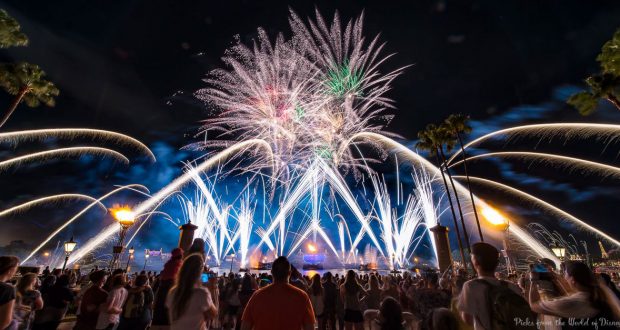 EPCOT Fireworks Are To Be Tested After Park Hours on Sept. 23

Exciting news to share! It is being reported that Walt Disney World is testing fireworks after hours tomorrow (September 23). Such a great sign progress is being made!

As shared by WDWNT: “On Wednesday, September 23, there will be fireworks testing on World Showcase Lagoon at EPCOT. Testing is expected to conclude prior to midnight that evening. During this test, fireworks will be launched inside the park. Guests currently staying at select on-site resorts are being advised that they might hear loud noises from their rooms during this test.”

What we do know is that Disney has been working on “Harmonious” thanks to the aerial photos shared by @bioreconstruct here. Disney previously shared pre-COVID-19 that “Harmonious” is one of the largest nighttime spectaculars ever created for a Disney Park. It was scheduled to begin Summer 2020 before the parks closed. Our fingers are crossed in hopes that Disney is testing “Harmonious!!

2020-09-22
Jamie Sylvester
Previous: First Things We Do When Arriving at Disney’s Animal Kingdom
Next: Disney Being Sued Over Toy Story 4’s Duke Caboom