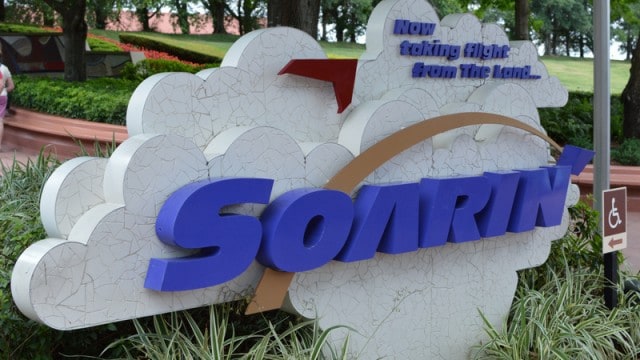 7. Decide which attraction to make a fastpass for—Soarin’ or Test Track

These two attractions are the most popular in Epcot, which is why you are only allowed to make a fastpass for one of them. They both have long lines, so don’t make that a factor in your decision. Soarin’ does have a fun queue set up where you can play trivia on your phone with the other people waiting in line, which makes the line go a lot faster. Test Track has some interactive elements, but not on the same level as Soarin’. I would probably choose to make a fastpass for Test Track and hit Soarin’ early in the morning when it first opens.

It’s entirely possible to see and experience all of the great things Epcot has to offer in one day, as long as you are prepared to hustle from attraction to attraction! With that being said, there is always time to slow down and take everything in—Epcot is one of the prettiest and aesthetically pleasing Disney parks, after all. Make a plan, but don’t worry if it doesn’t go exactly as you’d hope. You’re bound to have tons of fun no matter what!

Left 7 of 7 right
Next: Disney’s Animal Kingdom Touring Plan for a 1 Day Visit