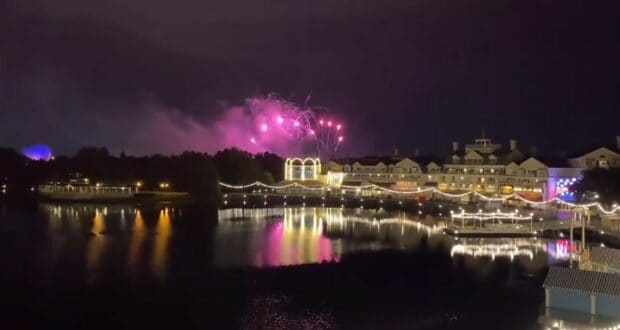 We’re ready Disney! We’re ready for all the spectacular things that go along with nighttime entertainment! While we’re not sure when Disney plans to kick off fireworks again, we do know they have regularly been testing fireworks at EPCOT in preparation for the highly anticipated Harmonious nighttime spectacular. Well, to add to our curiosity, during a recent fireworks testing, you can hear the song “Arabian Nights” in the distance!

We’re ready for the show to begin! We’ll be sure to keep you posted when Disney releases an estimated debut date for Harmonious. In the meantime, hang in there Disney fans. It’s not a matter of if, but when the nighttime spectaculars will once again light up the night at Walt Disney World.