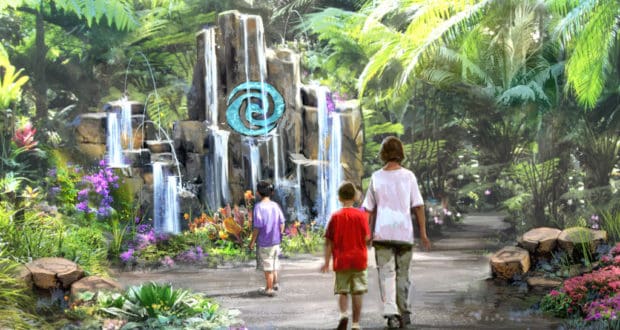 As Walt Disney World navigates this 50th Anniversary year after coming off a year of closures and shut downs, the initial list of attractions that were scheduled to open in 2021 is dwindling. We previously shared further confirmation TRON Lightcylce Power Run at Magic Kingdom won’t open in 2021, along with a chance EPCOT’s Cosmic Rewind: Guardians of the Galaxy won’t open in 2021 either. Now, it’s looking like the anticipated EPCOT experience, “Journey of Water, Inspired by Moana”, likely won’t open in 2021.

In a USA Today article that was shared by Disney Parks Twitter, it is noted: “Among other Epcot plans: Journey of Water, Inspired by Moana, which will probably open after 2021. The walk-through trail will be filled with interactive water effects and displays.”

Josh D’Amaro, Chairman of Disney Parks, Experiences, and Products is quoted several times in the article but is not quoted directly on Journey of Water details. It is likely however that if USA Today had this information inaccurate, Disney would not post the article on Twitter. Alas, they did, providing further likelihood we won’t be visiting Journey of Water this year.

We’ll be sure to keep you updated as we learn more about what this 50th Anniversary may hold for Walt Disney World!