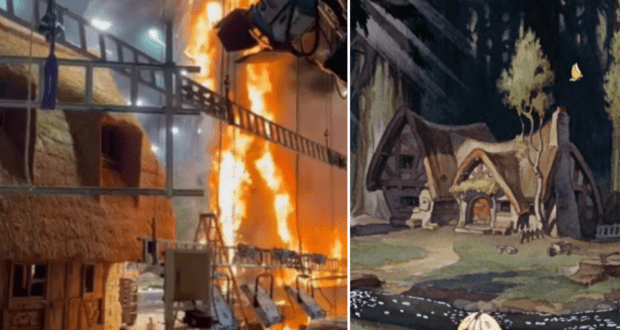 Pinewood Studios in the U.K., which is the studio set of Disney’s new Snow White remake, has broken out in a fire. The fire started when a tree lit up quickly spreading flames to the rest of the set. 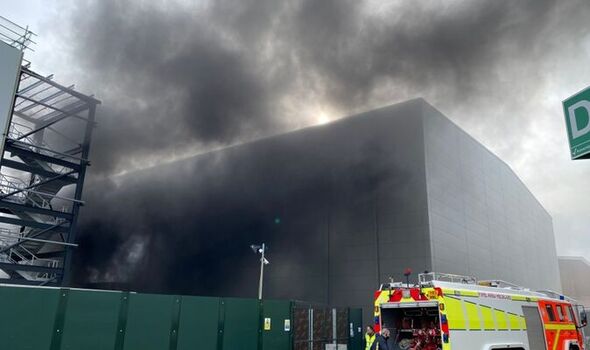 The set that will be used for the upcoming Disney production was still partially under construction, and photos and videos from the scene appear to indicate that portions of the set were likely destroyed. A close look shows a false front of a thatched cottage, appropriately themed for the story of Snow White, that is right next to the flames with thick smoke extending over the structure.

One eyewitness to the fire told The Sun, “It was just mental. I didn’t see it start but I was told first a tree went up. By the time I got there the flames were massive, going right up to the ceiling. Then bits of the set started falling into flames and the thatched cottage started lighting up.”

Buckinghamshire Fire and Rescue Service worked to put out the fire and confirmed that other stage sets at Pinewood Studios appear to have avoided the flames, however, the studios have not released an update on when they will reopen following a cleanup and investigation after the fire. In the past, there have been two other instances of fires breaking out at the studios, on the sets of Legend (1984) and the James Bond film, Casino Royale (2006).

A Disney spokesperson told Variety that no filming was underway at the time of the fire, so the cast and crew thankfully were not on set when the accident occurred. 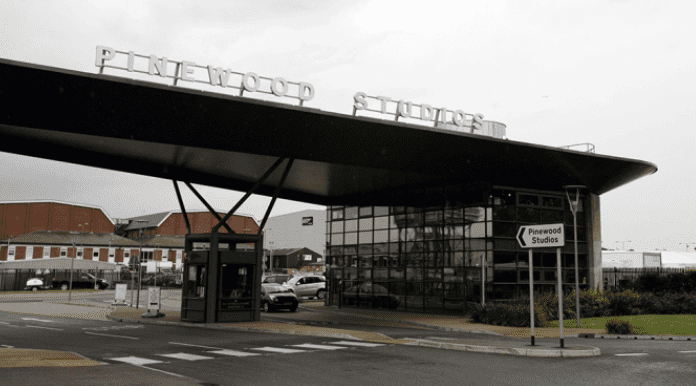 The company has used Pinewood Studios for a number of productions in the past, including Marvel’s Eternals (2021), Black Widow (2021), Star Wars: The Rise of Skywalker (2019), and Maleficent: Mistress of Evil (2019) just to name a few.

The new Snow White film, which has been met with some controversy following its announcement, will star Rachel Zegler as the title Disney Princess and Gal Gadot as the Evil Queen. An official release date for the film has not been announced yet.