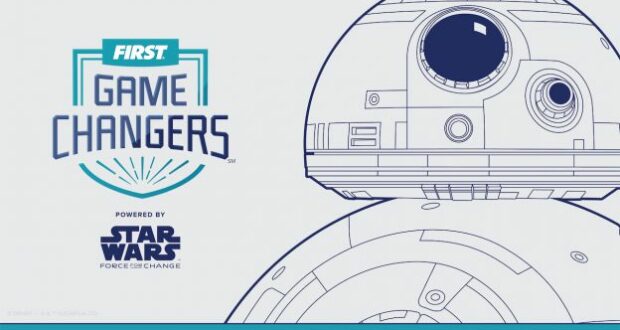 Disney and Lucasfilm have partnered up with “FIRST” (For Inspiration and Recognition of Science and Technology) for the 2020-2021 youth robotics! With the focus to be “forces for change”, the announcement video features some familiar faces from the Star Wars universe. Check out the details and video as shared below by DisneyParksBlog.

Recently, Lucasfilm and Disney announced that they are partnering up with FIRST (For Inspiration and Recognition of Science and Technology), the global nonprofit organization, once again for the 2020-2021 youth robotics season, FIRST GAME CHANGERS powered by Star Wars: Force for Change. The announcement video features some familiar faces from the Star Wars universe that you just might recognize. In this year’s sports and fitness-themed season, students around the world will compete in robotics challenges, exploring what it means to. Be “forces for change” by revolutionizing the way we play and move so people of all abilities and skill levels can participate

The ongoing collaboration with FIRST, a global community that reaches more than 679,000 students in over 100 countries, enables Disney and Lucasfilm to expand access to science, technology, engineering and math learning to more young people around the world to help them envision a brighter, more inclusive future.

The Star Wars: Force for Change philanthropic initiative provides students with financial, in-kind and mentorship resources. For more than two decades, Walt Disney Imagineering has provided sponsorship and mentorship to FIRST with unique educational opportunities that feature Star Wars characters, stories and experiences, some even inspired by the adventures found inside Star Wars: Galaxy’s Edge at Disneyland Resort and Walt Disney World Resort.