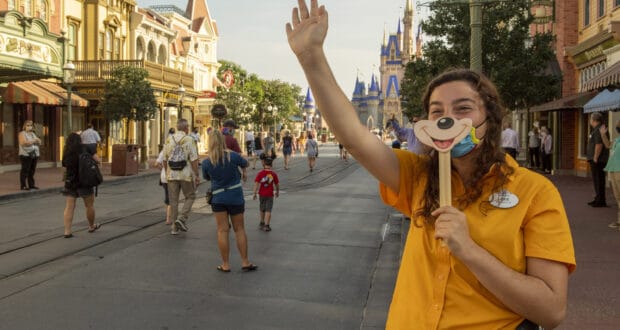 Florida’s Gov. Ron DeSantis and Visit Florida unveiled a $13 million ad campaign yesterday, September 2, designed to urge Floridians to travel within the Sunshine State. DeSantis also said he believed Central Florida theme parks “can definitely do a lot more” when it comes to expanding visitor capacity according to OrlandoSentinel.

As shared by OrlandoSentinel: When DeSantis was asked about theme parks, DeSantis said that while Disney, Universal and SeaWorld “made the business decision to start off very conservative,” he cited the low crowds he saw at Universal Orlando on a recent trip to argue that the parks can begin to expand capacity. “There was a lot of space,” he said. “It was not like people were crowding at all. … The parks are big enough that they can really accommodate a lot of folks, so they can definitely do that if they want.”

Dana Young, head of the taxpayer-financed tourism marketing agency, said research has shown that “people right now, even though many aren’t ready to travel, feel more comfortable traveling closer to home. And right now they’re feeling more comfortable driving. … Our goal of Visit Florida through this campaign is initially to harness that pride that Floridians have, and then channel it toward rebuilding our economy.”

The new Florida ad campaign released is as follows: