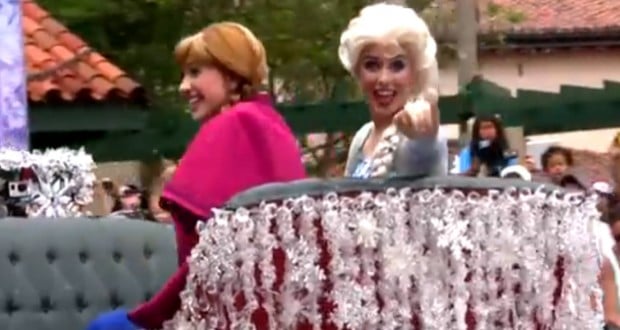 With the phenomenal success of Frozen, Disney has created several activities in the parks that will satisfy all of the Frozen fanatics in your life. Here’s a rundown of the special Frozen-themed activities Disney currently has to offer!

This event occurs each morning at Hollywood Studios at 11am. It is a very brief parade (three floats and a few sets of performers “skiing” along with the procession), which ends at the stage in front of the Sorcerer’s Hat. The main characters from the movie (Kristoff, Anna, and Elsa) officially welcome Frozen to Hollywood Studios with a short musical performance. If you can’t get close to the stage for the Royal Welcome, try to set yourself up near one of the large viewing screens they have along Hollywood Boulevard or to the right side of the stage. All of the action from stage performances will be projected onto those screens.

Do you want to build a snowman? Well you really can in this amazing space set up in Soundstage 1 (directly next to Toy Story Mania) at Hollywood Studios. There is a “snow ground” complete with shovels and buckets, and an ice-skating rink where guests can enjoy a 30-minute skating session. Skating sessions cost $10 per person and include skates, a helmet, and socks which are yours to keep if you so choose. There is also an impressive yet comical performance by professional ice-skaters several times a day. Special Frozen-themed snacks and beverages are available for purchase in this space as well.

This is a traditional Disney meet and greet in the Magic Kingdom. You will have the opportunity to meet both Princess Anna and Queen Elsa, get autographs, and take photos. Disney photographers are on-hand to capture these moments, but you are always welcome to bring your own camera as well. Be warned: the standby lines for this experience have exceeded three hours on many days, even with lower crowd levels. Fastpass+ is HIGHLY recommended.

3. For the First Time in Forever: A Frozen Sing-Along Celebration

This stage show/sing along is performed multiple times each day in the Premiere Theater (near the Lights, Motor Action! Extreme Stunt Show) in Hollywood Studios. Two “historians of Arendelle” host this show as they retell the Frozen tales of tragedy and triumph and invite the audience to sing-along with the movie’s hugely popular soundtrack. Anna, Kristoff and Elsa also make appearances during the show. This attraction will not disappoint. It delivers a hefty dose of comedy and is truly entertaining. Secure your Fastpass+ for this not-to-be-missed performance!

This fireworks display on select nights begins with a brief performance from your favorite Frozen characters on the Sorcerer’s Hat Icon Stage. The fireworks are then set to the music from Frozen above the Sorcerer’s Hat. Fireworks can be viewed from anywhere between Echo Lake and the Brown Derby. Try to get close, but not too close, to the stage area for the best viewing experience!

If you’re having trouble finding Frozen-themed merchandise at home, you won’t want to miss this stop on your Disney vacation. The Trading Post has Frozen dolls, stuffed toys, Christmas ornaments, artwork, and books. During my visit in mid-August, they even had the elusive Elsa dress in stock! This location also offers several themed snacks and beverages.

Keep in mind that with the exception of the Anna and Elsa meet and greet at the Magic Kingdom, all of the Frozen themed activities are scheduled to end on September 28th, 2014. With that said, the Frozen Summer Fun promotion has been wildly successful and I can’t help but think the Disney Corporation is working on a way to make the Frozen attractions a more permanent part of the theme park experience. Rumor has it that the theater which currently houses the American Idol Experience in Hollywood Studios may be converted into some type of Frozen themed attraction following the closing of the American Idol attraction on August 30th. Keep an eye on disneyfanatic.com for any breaking news about Frozen attractions at Walt Disney World!

Forzen Summer Fun Frozen Hollywood Studios 2014-08-29
Jessica Brosnan
Previous: Dressing for Disney – 10 Ideas About What to Pack and What You Can Leave Behind
Next: When Money is No Object – 14 Of The Most Expensive Gifts Disney Has to Offer 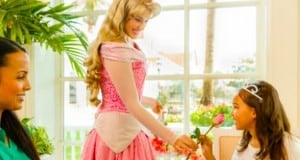 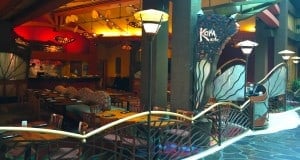 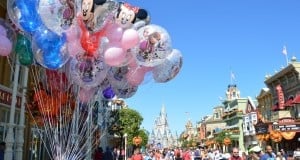