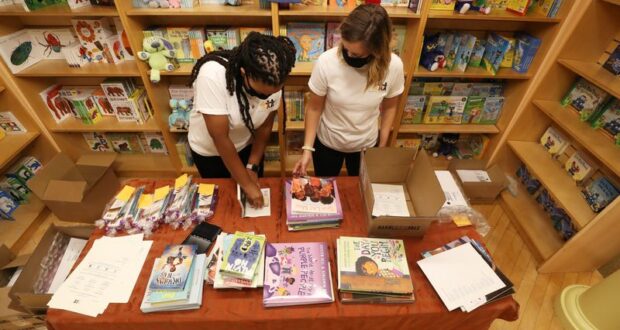 Two Disney Cast Members are making a difference in their community amidst their furlough from The Walt Disney Company. They have decided to launch a new program focused on sharing children’s books called “Diversify The Classroom”.

As shared by OrlandoSentinel: Kaylin Bergeson and Maya Brooks, friends and co-workers who’d been furloughed from The Walt Disney Company, wanted to do something to support racial equality. That’s when the idea for Diversify the Classroom was hatched.

In early June, they posted messages on Facebook and Instagram asking if elementary school teachers wanted free books — ones that featured Asian, Black and Hispanic characters, not just the white kids — for their classrooms. Dozens of teachers responded.

“I wanted to make my library match my students in all the forms they come in!” wrote one Florida third-grade teacher explaining her interest. “I want to be able to have books that represent all walks in life because that is real life.”

Since then, the Orlando-based charity Bergeson and Brooks created has sent 477 books to 53 classrooms in Florida and 13 other states. Locally, schools from Sanford to Lake Nona have received book packages.

2020-10-10
Jamie Sylvester
Previous: Disney Shares The Connection of Disney & Space
Next: Make a Pumpkin Inspired by The Child from The Mandalorian