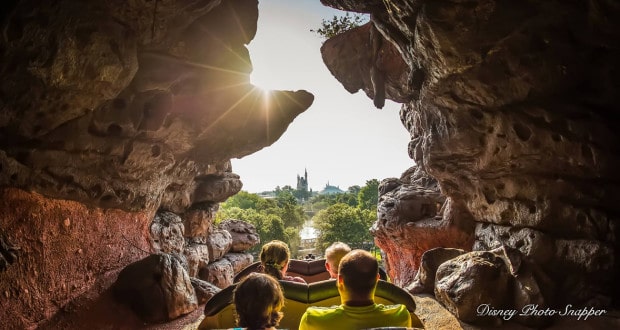 Have You Been On These Top 10 Most Sensational Rides at Walt Disney World?

With so many amazing rides, narrowing a list down to the top ten at Walt Disney World was no easy task. Before jumping into the following list, of the top ten most sensational rides, here’s some honorable mentions that just barely missed the cut: it’s a small world, Peter Pan’s Flight, Pirates of the Caribbean, Expedition Everest, and Rock n’ Rollercoaster.

Splash Mountain in the Magic Kingdom’s Frontierland is a fun log flume ride with the character of the film, the Song Of The South. The ride is very innovative, featuring aspects of a traditional dark ride and the excitement of a thrill ride. The ride is also pretty long, at about ten minutes making the often long wait worth it.

EPCOT’s Mission Space puts you into the shoes of an ISTC trainee preparing for a mission to Mars. After being briefed by your commander (played by actor Gary Sinise) before stepping into your simulator, this intense spinning motion simulator creates up to 2.5gs. The simulator also features different buttons on the console that you must press during your mission, making this one of the few interactive rides in Walt Disney World. While the ride can be very intense, you have the option of choosing the Green Team side of the ride, which does not spin. This other side allows you to experience the ride without any of the intense effects of the more intense, Orange Team side.

The Great Movie ride is one of Disney Hollywood Studio’s original attractions from 1989. This ride takes you through different scenes of famous Hollywood movies, guided by a movie lover who cannot wait to show you some of his or her favorite movies. This slow moving ride takes you through scenes from movies such as Mary Poppins, Alien, Wizard of Oz and Casablanca. This ride is one of my favorites because it combines live action scenes with the cast members, with film reels, and animatronics, and the ride building itself features so many details that are always fun to look at while entering the attraction.

Space Mountain, in the Magic Kingdom’s Tomorrowland, sends you flying through space in your very own rocket. This roller coaster features plenty of twists and turns, slowly getting faster and faster in the pitch darkness (though it surprisingly only hits about 28 MPH.) It has been a longtime favorite thrill ride since it opened in 1975, making it one of the longest running thrill rides in the Magic Kingdom.

Twilight Zone: Tower Of Terror is a sudden drop ride in Disney Hollywood Studios. The ride takes you into the Hollywood Tower Hotel, where seven guests were transported to the Twilight Zone when their elevator was struck by lightning. You ride a service elevator, and are taken up to the top of the hotel where the doors open, and you drop faster than the speed of gravity several times. This ride is most famous for its drop, but the anticipation before the drop as you move through the top floor before the drop is almost just as exciting. Perhaps the best part of this attraction is the way the cast members really contribute to their part in the show. If you’re not a fan of elevators, well… I’d suggest you take the stairs.

Animal Kingdom’s Kilimanjaro Safari takes you through the African wilderness to take a look at dozens of species of animals in their natural habitats. The nature of this ride has you riding in a jeep that does not follow a track, with live animals that can even come right up to you, giving you a once in a lifetime experience to see them close up. My recommendation is to go to this ride first right as the park opens, so you get the best chance to see the most animals when they are the most active.

Dinosaur in Animal Kingdom that sends you back in time to capture an Iguanadon. This thrill ride sends you bouncing and bumping through a prehistoric jungle among several dinosaurs, some of which are friendly, and others are looking to make you their next meal. This ride also boasts one of the scariest audio animatronics in Walt Disney World, the Carnotaurus, as well as one of the best pre-shows in any attraction.

EPCOT’s iconic iridescent sphere is home to Spaceship Earth, a trip through time to see the history of human technology and communication, and how it helps us look towards the future together. The slow moving ride is great for every member of the family, and it also contains some of my favorite animatronic show scenes of any attraction at Walt Disney World. Narrated by Judi Dench, this dark ride is a can’t miss attraction that is an EPCOT original.

Magic Kingdom’s Haunted Mansion is a fun dark ride where you come face to face with 999 happy haunts. This fan favorite starts out dark and foreboding with plenty of spooky sights and creepy sounds that turn into a “swinging wake.” The ride ends with a hitchhiking ghost who might just want to follow you home. This Disney classic is one of the best attractions in Walt Disney World, and no trip would be complete without a visit to the Haunted Mansion.

The Jungle Cruise in the Magic Kingdom’s Adventureland is a boat ride through the different rivers of the world. Guided by charismatic skippers, this funny and classic ride is full of jokes and is never the same ride experience twice. If you visit Magic Kingdom around the holidays the Jungle Cruise transforms into the Jingle Cruise, a holiday themed ride through the river that’s filled with themed jokes that are fun for the whole family.

Experiences rides Walt Disney World 2016-01-04
Brittany DiCologero
Previous: Have You Stayed On Site At Walt Disney Resort? Here’s 10 Reasons Why We Think You’ll Love It!
Next: Do You Know These 10 Things About Visiting the Magic Kingdom?