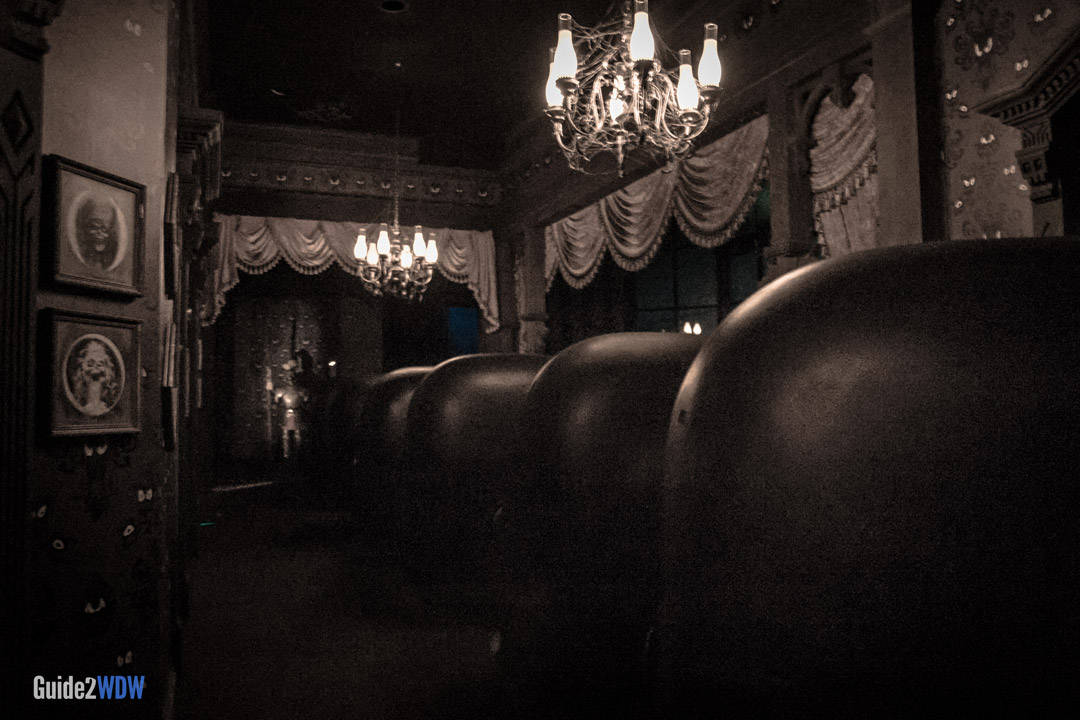 7. The Maddest of Hatters

Any Haunted Mansion fan will tell you that one of the most favored Happy Haunts is the infamous Hat Box Ghost. This shady specter is most often found at The Haunted Mansion in Disneyland’s New Orleans Square, but he can also be seen in the mansion at The Magic Kingdom. As the Doom-Buggy rolls through the hallway, look close to the “breathing door.” On the wall, you can easily see the Hat Box Ghost’s ghoulish grin as his portrait hangs beside the door. Although not quite as thrilling as his audio-animatronic counterpart in California, the portrait still serves as a pleasant easter egg for those Haunted Mansion fans on the east side.