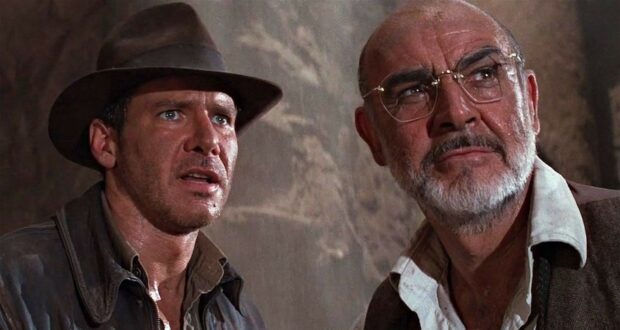 Sean Connery, the highly-decorated actor who skyrocketed to fame for his iconic role as James Bond, has reportedly died according to FoxNews. He was 90. The Scottish actor’s death was confirmed by his family, BBC reported Saturday (October 31). The report states he died overnight in his sleep while in the Bahamas, where he was known to be living in his final years.

As shared by DisneyFandom: “For Disney, Sir Thomas Sean Connery played Michael MacBride in the 1959 Disney film, Darby O’Gill and the Little People. He also played Dr. Robert Campbell in Medicine Man, Captain John Patrick Mason in the 1996 Hollywood Pictures film, The Rock, and Dr. Henry Jones, Sr. in the third Indiana Jones film, Indiana Jones and the Last Crusade. In the version of Captain America: The Winter Soldier made for audiences in the United Kingdom, Sean Connery is on Captain America’s list of things he wants to catch up to.”

The photo above is from D23: “Demonstrating some of the same derring-do he would later exhibit as James Bond, Sean Connery and co-star Janet Munro drive Autopia vehicles hands-free during a publicity visit to Disneyland to promote Darby O’Gill and the Little People (1959). Not far behind the charmin’ couple is Kieron Moore, who plays Sean’s rival in one of Walt Disney’s most fabulous live-action fantasies.”

Another photo above shared by D23 from The Rock: “Dr. Stanley Goodspeed (Nicolas Cage), a biochemist and chemical weapons expert who’s never seen combat, and John Mason (Sean Connery), a British national, incarcerated on Alcatraz in 1962, who escaped in 1963 and has been out of action for 30 years.”

Your amazing talent will be missed Sir Sean! Our thoughts and prayers are with the Connery family.