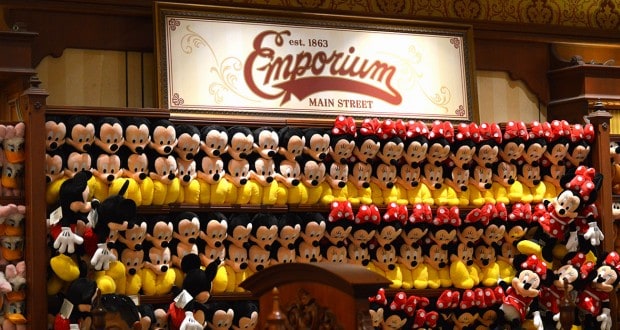 You know that souvenirs at Walt Disney World are going to be expensive. The problem is that so many of the items are tempting, especially if you’re on your first trip. A good rule of thumb is to wait until the end of your day to purchase souvenirs. That way, you won’t make any decisions that you might later regret. There are also some items that you should not buy on your Disney vacation, at least not in the parks. Spend your souvenir budget on something that you really want that you can’t get elsewhere.

Whatever you do, don’t leave home without your bathing suit! It doesn’t matter if you’re traveling in January and the forecast calls for high temperatures in the middle 50’s, you’ll want to have it. If you forget your bathing suit, you’re going to pay a huge amount to buy one at Walt Disney World, and quite honestly, they aren’t anything special. If you do forget your suit and have access to a car, drive to a local department store. They sell them year round in Central Florida.

If you’re staying at a Disney resort hotel or if you’re an Annual Passholder, you’ll receive a MagicBand for free. If you’re not eligible for a free MagicBand, you can buy one in the parks or at Downtown Disney. The problem is that there is no real reason to have one. They are convenient for people who are staying at a resort, but for everyone else they are nothing special. All that you’ll use it for is park entrance and FastPass+, which you can take care of with your original ticket. There is a common misconception that you need a MagicBand to make FastPass+ reservations online, but that’s not the case. Sometimes special edition MagicBands are sold, you might want to consider buying one of those if you’re a collector. In general, pass on the MagicBand and spend your money on something else.

Yes, you’re going to want to use sunscreen while you’re in Central Florida. You are just not going to want to pay the price that is charged in the parks. You can pack sunscreen in your suitcase if you’re flying, make sure it’s in a zipper bag so that it does accidentally leak onto your clothes. You can also carry a small tube in your carry-on. If you’re not sure what is allowed, check with your airline before you leave home. If you’re driving, buy sunscreen at a local department store or pharmacy instead of paying the marked up price in the parks. You don’t want your souvenir budget being spent on something that you can buy much cheaper elsewhere.

In the summer there is a good chance that it will rain for a little while almost every afternoon in Florida. The storms come in quickly and often will move out just as fast. When you get caught in such a storm you’re going to think that the price charged for the Walt Disney World ponchos is a real bargain, until you see how much less you could have paid elsewhere. Pick up several days worth of ponchos at the local dollar store back home and throw them out after the rain has ended. If you want something sturdier, buy good quality ponchos at home and bring those with you instead of paying the price charged in the parks. They won’t take up much room in your luggage, and they’ll keep you just as dry as the much more expensive Walt Disney World ponchos.

You might think that you can save a few dollars by making a meal or two in your room. The idea makes sense; until you see how much groceries cost in the Walt Disney World convenience stores. If you have access to a car, leave Disney property and buy your groceries at a local grocery store. If you’re willing to drive a few minutes you’ll save even more because the grocery stores that are close to Disney charge slightly higher prices than those down the road.

One of the most senseless toys that you will see everywhere are bubble makers. Cast members at souvenir kiosks will often stand with one in their hands, making streams of bubbles as small children try to grab them. It can be an easy sell for Disney, and a waste of money for you. The price is high for a toy that is only going to give your child a few minutes of entertainment. Bubble makers can be messy as well, so save yourself the hassle.

There are some Star Wars items that you can only find at Disney. By all means, if you’re a fan purchase as many as you want. The things that you should stay away from are the toys that you can buy back home. You don’t want to pay Disney’s price for the same blaster that is sold at your local discount toy store.

8. Things That Light Up

When the sun goes down, Walt Disney World starts to glow. A new type of souvenir emerges, they have lights! You’ll find light up necklaces, swords, spinning toys, and plenty of other items. Your children will beg to have them. Unless you’re sure that the toy will still be played with long after you leave Orlando, don’t buy them. If your kids really want to glow, throw a pack of glow stick necklaces into your suitcase before you leave home and pull those out at night. The kids will love them, and you won’t have spent money on a useless souvenir.

You need to drink plenty of water if you’re planning on spending a day in a theme park. What you don’t have to do is to pay a huge price for that bottle of water. Bring in your own water bottle (glass is not allowed), and keep filling it up at water fountains throughout the day. You can also ask for ice water at any quick service restaurant. Paying full price for a bottle of water is a huge waste of money.

There are many specialty plush toys that you can buy at Walt Disney World. You won’t find these things back home. Duffy, Jedi Mickey, and a Simba Plush Pillow are things that you probably won’t be able to find elsewhere. If you want to spend your souvenir money on those, go ahead. What you don’t want to buy is a plush Minnie Mouse that you can purchase anywhere. If there is something special about the toy, get it. Just don’t pick up something that is sold for less in gift shops, pharmacies, restaurant lobbies, department stores, and gas stations throughout Central Florida.