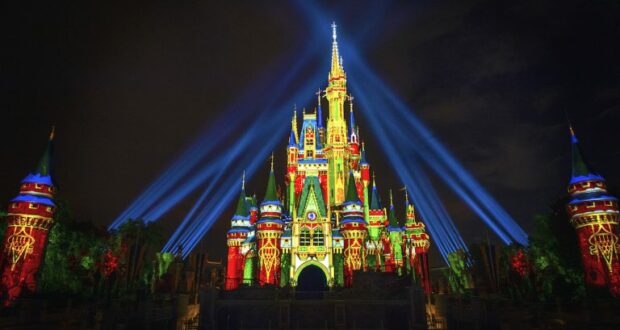 If you’re looking to spend Christmas day, December 25, at Magic Kingdom, we hope you’ve already snagged your Park Pass reservation. If not, you’ll need to be a Disney Resort Guest to get your Park Pass now. The remaining park passes are only available for Resort Guests. Annual Passholders and Regular Ticket Holder guests park passes are no longer available for Magic Kingdom.

As shown in the screen shot below of the Park Pass calendar, you’ll note that “Theme Park Tickets Guests” shows Magic Kingdom and Disney’s Hollywood Studios as unavailable for December 25.

The next screen shot of the Park Pass calendar below shows for “Disney Resort Guests” Magic Kingdom is available! The only unavailable park for Resort Guests on December 25 currently is Disney’s Hollywood Studios.

The final screen shot of the Park Pass calendar below shows for “Annual Passholder” Magic Kingdom is unavailable. You can still however get into Disney’s Hollywood Studios unlike other park guests.

Are you a Disney Resort Guest wanting to spend Christmas Day at Magic Kingdom? If so, don’t wait! Snag your park pass before they are gone.

2020-12-21
Jamie Sylvester
Previous: Disney Shares a “Warm Up in Whimsy” DIY Sweater Tutorial
Next: Loungefly Has “The Child” (aka “Grogu”) Makeup Brush Holder