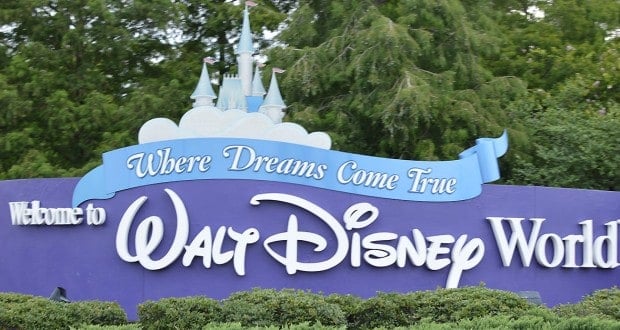 Disney World is an incredible place and that’s mostly because of the attention to detail. You’ll be amazed how much planning and strategy they put into everything they do! We’ve got 10 facts about Disney that’ll blow your mind. Enjoy!

1. The glittering Prince Charming Regal Carousel in Magic Kingdom was originally in Detroit, Mich. followed by Maplewood, N.J. Walt Disney was particularly fond of carousels and had this jewel moved to Disney World.

2. Stay after the presentation of Enchanted Tales in the Library and you’ll get some behind-the-scenes details from the the crew about how they make the magic happen.

3. Have you ever seen the coins in the water at “It’s a Small World”? Disney donates all this money to Give Kids the World – an organization that makes wishes come true for kids with life-threatening illness.

4. The Flag at the end of Main Street, U.S.A. is lowered each day at 5 pm in a ceremony officiated by a military veteran.

5. Abraham Lincoln likeness in the Hall of Presidents was made from the copy of a life mask from sculptor Leonard Volk that was originally made in 1860. Lincoln was Walt Disney’s favorite president and wished to go the extra-mile to make sure their rendition of Lincoln was perfect.

6. The Pirates of the Caribbean ride almost wasn’t built because Disney thought guests wouldn’t be interested in a fantasy recreation of a place that was a short cruise away from where they already were in Florida.

7. Ever walk through Norway in Epcot and wonder what that wonderful scent is? Disney designed a scent that smelled like the crisp mountain air in in that part of the world and spray it regularly in the Norway pavilion.

8. The Rock ‘n’ Roller Coaster was originally going to feature music from the Rolling Stones but the music rights were going to be too expensive. In the end Aerosmith’s music was used for the ride.

9. The bubbles created on The Voyage of the Little Mermaid ride float up instead of down because they add helium! That’s crazy incredible!

10. You could fit all of DisneyLand into the Magic Kingdom Parking Lot in Florida and still have room to park 500 cars!

11. Main Street, USA was inspired by the town located in Marceline, Missouri, which is where Walt grew up.

12. Liberty Tree is over 100 years old and is a Southern Live Oak. The 13 lanterns hanging in the tree represent the original 13 colonies.

13. At a cost of $17 million dollars, Big Thunder Mountain Railroad equals that of California Disneyland. The Railroad took 10 years to plan, 18 months to construct and used 650 tons of steel, 4,675 tons of a special formula of mud, and over 9,000 gallons of paint.

14. At 189 feet tall, Cinderella’s Castle is 100 feet taller than the castle in Disneyland in California. The Disney World castle uses “forced perspective” meaning that as the building gets taller, its width gets smaller, creating the illusion that the castle is taller than it is.

15. The Liberty Bell replica in the center of Liberty Square was built from the same cast as its’ original counterpart in Philadelphia, Pennsylvania.