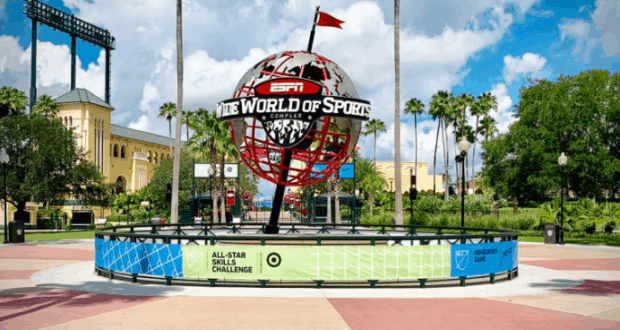 We shared previously that the NBA has confirmed they will complete their season at Walt Disney World’s ESPN Wide World of Sports Complex. Today some news is coming out surrounding the Major League Soccer (MLS) Association coming to Walt Disney World as well!

According to the MLSPlayers.org, MLS players vote to ratify Collective Bargaining Agreement (CBA) with the following statement:

According to Steven Goff, reporter with the Washington Post:

“All 26 teams will arrive in Orlando no earlier than June 24 and play in a tournament without spectators at ESPN Wide World of Sports, the same Disney-owned complex where the NBA is planning to resume its season.”

“Players will reside in a “closed environment” at a Disney resort, but those with preexisting conditions or family concerns could opt out, a person close to the situation said.”

We previously shared, rumors swirling that the NBA may be staying at Disney’s Coronado Springs Resort. There are also rumors of possible stays at Disney’s Animal Kingdom Lodge and Orlando Four Seasons. We’re curious to learn were the MLS will end up staying!

No confirmation has been released just yet from the MLS or Walt Disney World. We will share further news as it comes in!