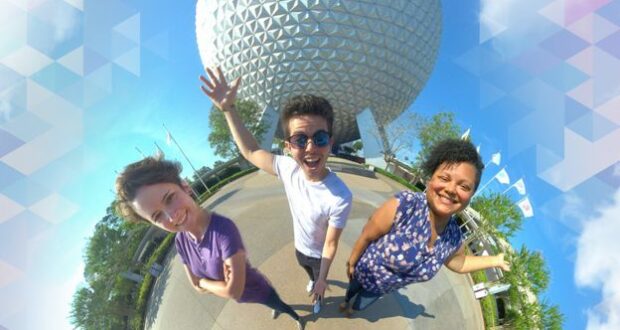 A new Ting World Magic Shot has arrived at EPCOT! Disney PhotoPass Service’s Tiny World Magic Shots make you feel like you’re on top of the world, and there’s no better fit for a photo op like that than at EPCOT… right in front of the iconic Spaceship Earth. Check out the details below.

As shared by Disney: Before you travel the globe, be at the center of it when you capture the brand-new Tiny World Magic Shot from the Disney PhotoPass photographer located near the fountain just beyond the main entrance of EPCOT, available daily from noon to 6 p.m. (weather permitting).

Want more Tiny World Magic Shots? Disney has them! Be in the center of the action near Star Tours – The Adventures Continue at Disney’s Hollywood Studios. Or, create a circle of your life near the exit of It’s Tough to be a Bug! at Disney’s Animal Kingdom Theme Park.

You can enjoy other Disney PhotoPass exclusives during your visit, including attraction photos and videos, classic Magic Shots, virtual backdrops at the Disney PhotoPass Studio at Disney Springs, and Super Zoom Magic Shot videos available at Disney’s Animal Kingdom, Disney’s Hollywood Studios, and Magic Kingdom. Don’t forget to stop and capture those magical moments while at Walt Disney World!