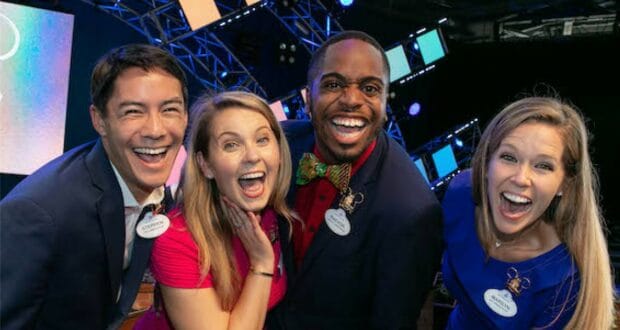 Jeff Vahle introduced the new team via Instagram stating: “Introducing the 2022-2023 Walt Disney World Ambassador team, Raevon Redding and Ali Manion! Ali and Raevon will soon become our resort’s “Emissaries of Goodwill,” representing Walt Disney World and its Cast Members throughout Central Florida and beyond. There were so many great Cast Members who were interested in being an Ambassador, and it was a pleasure meeting our finalists as part of the process. It was a difficult decision! I am personally very excited to see Ali and Raevon take on this new role where they will help us usher in the resort’s 50th anniversary.”

Walt Disney World Cast & Community took to Facebook to share: “It is with deepest pride and greatest pleasure that we officially introduce our 2022-2023 Walt Disney World Ambassadors, Ali Manion and Raevon Redding! While narrowing down more than 800 applicants turned out to be incredibly difficult, these two exceptional Cast Members wowed us with their radiant personalities, passion for empowering Cast Members and eagerness to create unforgettable magic for our Cast, guests and Central Florida neighbors. We can’t wait for you to get to know them better as we head into “The World’s Most Magical Celebration,” so be sure to follow @wdw.ambassador on Instagram to keep up with their adventures. Congratulations, Ali and Raevon!”

Way to go Ali and Raevon! What a huge accomplishment! According to Disney, the Ambassador Program dates back to 1965 when Walt Disney selected the first Ambassador, Julie Reihm. Disney Ambassadors serve as the Resort’s “Emissaries of Goodwill,” media representatives and as official hosts to Resort guests. As official spokespeople, Ambassadors offer the outside community a personal relationship with the Resort. We’re excited to hear from the new team in the near future!