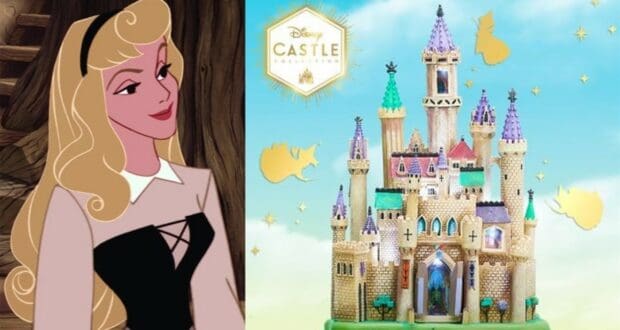 Series 1 through 5 are still available on shopDisney with Series 6 announced as “Coming Soon”. The Disney Castle Collection is to have 10 releases to celebrate the storied spaces of Disney’s beloved heroines, featuring never-before-seen portrayals of their enchanted dwellings. Each series includes a high-end figurine and other products inspired by each castle.

Series 6 is inspired by Aurora’s Castle. Soon, we’ll be able to experience the enchantment of Disney’s animated classic Sleeping Beauty with this light-up figurine and other collectible items.

And there’s more to come! shopDisney has given the insight that we will be seeing Castles inspired by Jasmine, Ariel, Merida and Belle. Happy collecting, Disney fans!