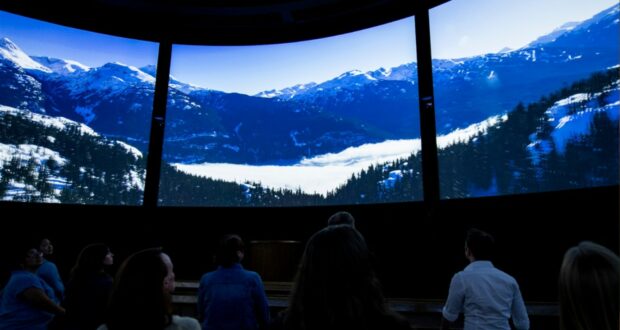 If you’re visiting the EPCOT’s Canada Pavilion in the near future, you’ll want to take note that currently no showtimes are listed for Canada Far and Wide. While not noted on the refurbishment calendar, showtimes are not available for the experience unlike other EPCOT films such as Beauty and the Beast Sing-Along in the France Pavilion.

As noted on the Walt Disney World website, you’ll see “no times available” beginning Sunday, June 27. Showtimes are not available for as long as the calendar is updated which is currently through the first week of August. While Disney typically lists attraction closings on the refurbishment calendar, we have yet to see Canada Far and Wide added to the refurb list. Disney has also made no notations on the website as to why no showtimes are available.

Canada Far and Wide recently underwent refurbishment with a reopening including a new film in January 2020. The circle-vision 360 is one of the popular film stops along EPCOT’s World Showcase. While we don’t know the reason for the removal of showtimes, we’ll be sure to keep you posted as we approach June 27.