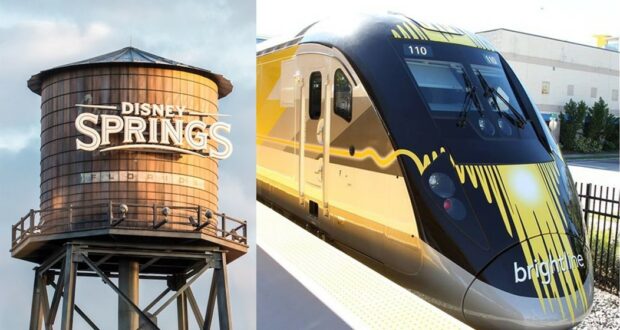 We previously shared the exciting news that Disney and Brightline have announced they have entered into an agreement to construct a train station at Disney Springs. Now, we are learning there is a potential timetable for the Disney Springs train station!

As shared by Orlando Business Journal: “Brightline has set a potential timetable for the completion of its Walt Disney World Resort connection. The Miami-based intercity rail provider in its November monthly ridership report said it wants to start revenue service on the connection during the second half of 2023.”

Disney’s initial news release states, “Brightline will offer a car-free connection to the millions of visitors from around the state and the world who plan to make Walt Disney World Resort part of their vacation plans,” said Patrick Goddard, president of Brightline. “Our mission has always been to connect our guests to the people and places that matter, and Walt Disney World Resort is a tremendous example of this.”

We are excited for the possibility of this new option of transportation coming to Walt Disney World!