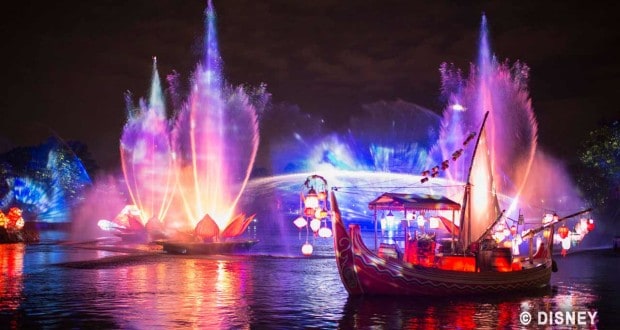 Last week Disney’s Animal Kingdom showed us a preview of the new show “Rivers Of Light.”
The centerpiece of this after dark extravaganza will be Rivers of Light, a water, light, and music show in the newly built Discovery River theater.

The new nighttime show coming to Disney’s Animal Kingdom. Rivers of Light will be unlike any of the other nighttime shows. It will feature water screens, floating lanterns, music, and more. The show will take place in the Discovery River Lagoon. The Tree of Life is going to be an important part of the show, hence the reason for refurbishment. The leaves on the tree are all being replaced. Rivers of Light is was set to debut In April, but has been delayed for now. No official opening date has been announced.