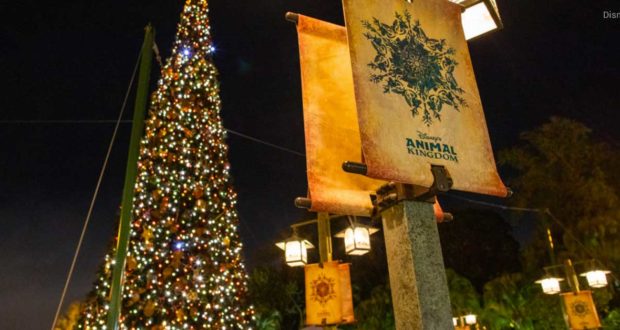 When planning a trip to Disney World, we often give a lot of thought to where we are going to stay, what attractions to experience, even what food we are going to eat and when we will eat that food.  Something that often gets pushed to the side in Disney trip planning are the pros and cons of when to visit throughout the year.  There are several factors to consider in figuring out the best time to go — special events (both ticketed and un-ticketed), costs, crowd levels, weather, holidays, and more!  Here is the breakdown on the pros and cons in visiting during each season at Walt Disney World!

A trip during the spring offers temperate weather. Guests can expect cooler temperatures during the early morning and at night (which is great for exploring the parks) and enjoyable temperatures during the day — you should be comfortable in shorts and a t-shirt during this time. Also on the weather front, you haven’t reached the rainy season, so while an emergency poncho may be a smart addition to a park bag, you’ll probably won’t need one. Every April, runDisney hosts the Star Wars Rival Run Weekend at the resort which fans running in a 5K, 10K, and half-marathon!  This weekend rotates each year based on where Easter falls on the calendar.

Beginning in March, Epcot is full of color as guests can enjoy topiaries featuring classic Disney characters throughout World Showcase while also enjoying delicious food and drink from amazing outdoor kitchens.  Kids can even get in on the fun and participate in a scavenger hunt for Easter eggs throughout World Showcase, as well as hunting for Buzz to win an awesome prize!

The big drawback from visiting during the spring would be crowds.  Students throughout the country are on spring break at some point during these months and parents who are teachers take advantage of a week off from school to escape cold temperatures to have a wonderful time in Central Florida!

Summer finds the resort teeming with activity as guests can expect some of the longest operating hours of the year — Disney has to wait until it is dark for nighttime shows and events, so it isn’t unusual to see parks open until 10 PM or later (during normal operations).  With longer park hours, guests can take advantage of splitting their day at the parks and escaping the oppressive heat and humidity of Florida summers — head to a park early in the morning and leave around lunch and spend the afternoon taking a nap in the air-conditioning at the resort or splashing around in the pool.

In recent years, Typhoon Lagoon has played host to H2O Glow Nights.  This unique event invites guests to splash around in the twilight while also enjoying dance parties, great food, and character interactions.  The event was planned for Summer 2020, but was canceled due to the impact of COVID-19.   We are hoping for the event to return in 2021 along with the advent of a vaccine!

Crowds and weather is the drawback from visiting in the summer.  Temperatures are consistently in the 90s with the heat index reaching into the 100s every day.  Hydration is key to visiting during the summer, but also wearing plenty of sunscreen and light clothing.  We also advocate for a midday break, too.  Hurricane season begins June 1, so you will have to keep an eye on the tropics as storms can pop up quickly and can impact the operations of the park (as has been evidenced in recent years with the parks closing early or even completely).  Obviously, with kids out of school and parents needing to find outlets for youthful energy, Disney World is always a popular destination for families!

We love the advent of fall at Walt Disney World.  The Magic Kingdom becomes adorned with oranges, yellows, and reds as pumpkins, leaves, and harvest vegetables festoon the park.  In conjunction with this change in the décor, the Magic Kingdom plays host to Mickey’s Not So Scary Halloween Party (unfortunately not in 2020) on select nights.  This hard ticket event allows guests to enjoy the park with special entertainment options, as well as trick or treat throughout the park from some truly delicious candy!

Epcot welcomes the International Food and Wine Festival where guests can sample unique tastes from countries around the world.  These kiosks begin serving in late August and cater to guests throughout November.  Similar to the Flower and Garden Festival in the spring, kids can get in on the fun with a scavenger hunt searching for Remy throughout the countries of World Showcase.  Coupled with the end of the festival, runDisney hosts a second event in November (usually the first full weekend) — the Wine and Dine Half Marathon Weekend.  The race is topped off with a fabulous party for runners at Epcot after hours!  Sadly, this event was transitioned to a virtual race for 2020, but we are hoping to be logging the miles again in 2021!

The Magic Kingdom begins a transformation in early November to welcome winter with Christmas trees and a bevy of holiday decorations to welcome another hard-ticket event, Mickey’s Very Merry Christmas Party (canceled for 2020).  Holiday decorations are also found at the other theme parks with giant trees near the entrance of each park, as well as holiday treats on menus, as well as finding their way into some of your favorite attractions.  The resorts get into the fun as well with their own holiday decorations — the Grand Floridian houses a giant gingerbread house and the Beach Club has its own carousel in the lobby!

Epcot changes gears again and welcomes holiday festivals from around the world as the countries of World Showcase shares their culture with guests during the Epcot International Festival of the Holidays during late November and December before changing gears again for the Epcot International Festival of the Arts in January and February.  Both special events are included in the price of a regular ticket and also has some great food options for guests with an appetite!

Runners again descend on the resort twice during the winter — once in January for Marathon Weekend where the dopiest runners can challenge themselves by running a 5K, 10K, half, and full marathon on consecutive days!  Marathon Weekend happens during the first full-weekend in January.  And a few weeks later in mid-February, guests can celebrate Princess Half-Marathon Weekend by choosing to participate in a 5K, 10K, or half marathon!  During these times, as well as school breaks for the holidays, crowd levels can be tough to deal with and during the entire season, weather can be unpredictable (this writer has experience a 28 degree morning during marathon weekend one year and the following year race officials were issuing heat advisories because the heat index was going to be in the 80s).  Suffice it to say that the weather in Florida is unpredictable, so plan ahead and be prepared!

When considering when to visit Walt Disney World should take into account the pros and cons of each season — maybe you want to experience a runDisney weekend or definitely want to check out a special event or celebration at one of the parks.  While there may not be a perfect time to visit Disney World, we can always assure that you’ll have a great time when you visit the theme parks!  When is your favorite time to visit Disney World?